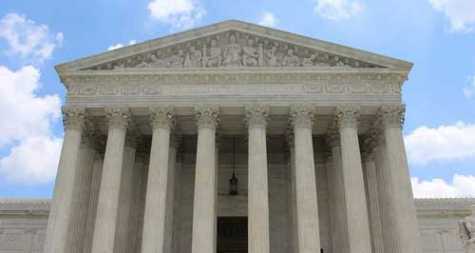 Detroit Mayor Mike Duggan’s fight against high premiums has taken its next step upward in the legal system.

Duggan’s auto insurance lawsuit is still continuing as the fight has now moved to a federal court. The suit has to do with the exceptionally high car insurance rates in Michigan.

Drivers in Michigan pay some of the highest car insurance premiums in the entire country.

Motorists have been hoping that Duggan’s auto insurance lawsuit would provide them with some relief. The suit was initially filed in 2018 with even state Attorney General Bill Schuette looking into backing it, as reported by Live Insurance News in October 2018. The suit was filed against the Michigan insurance director.

The car insurance lawsuit is now asking the federal court to declare the no-fault auto insurance system in the state as unconstitutional. The grounds for this ruling would be that the rates the Michigan coverage law generates are not fair and equitable.

The auto insurance lawsuit made its way before a federal judge in early February.

The first step in the federal court was a hearing regarding a motion to dismiss the case. Legal experts were not sure whether the lawsuit would have what it took to hold up through that first step. That said, once the case was not dismissed, it did not guarantee that the case would still be heard in federal court. The reason was that the next step was another motion made to move the case from where it was at the federal level, to be heard in a state court instead.

“I think it’s plausible the lawsuit will be dismissed tomorrow, or at some point in the future,” said Michigan Trial Lawyers Association attorney Wayne Miller, as reported by ClickonDetroit Feb. 7 before the first motion.

This is far from the first time Michigan auto insurance rates have been called into question. Virtually everyone in the state---particularly those living in urban areas---agree that the premiums they pay for coverage are excessive. That said, despite nearly constant debate, the solution to these exorbitant prices has yet to be determined.

Duggan (Democrat) worked with a number of Republican lawmakers to create a reform package that Detroit Democrats would not support and therefore did not pass the legislature. Duggan therefore took the next step within his reach by looking at the legality of the system itself and the high prices it produces for insurance rates. It was from that foundation that the auto insurance lawsuit was filed.