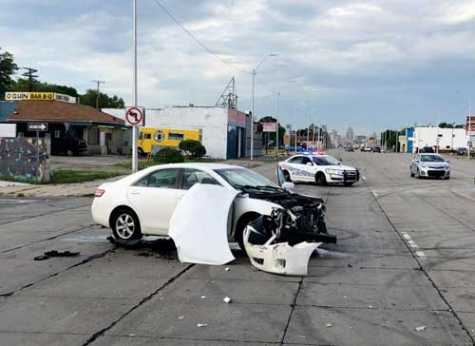 A Michigan senator who introduced a vehicle bill in January for comprehensive no-fault auto insurance reform said his fact-finding conversations with other lawmakers and an array of stakeholders are ongoing and making progress, but he has not yet put pen to paper with any concrete proposals ahead of initial committee hearings.

Sen. Aric Nesbitt (R-Lawton) introduced SB 1 in January, a piece of intent legislation that will be filled out in the coming months.

He described the process as it relates to efforts among lawmakers as “there just seems like there’s a lot more of an aura” around the realization that the public is demanding a solution now where previous efforts have failed to provide relief to the pocketbooks of motorists.

“I just talked to an insurance agent last night. He’s had customers about on their knees in tears when he gives them a quote,” Nesbitt said, stressing to point out the growing strain it can have on motorists’ budgets.

Nesbitt said that so far, his daily schedule has been packed, with numerous meetings with other lawmakers, constituents in his district and officials with various stakeholders. He has also had productive meetings with Senate Majority Leader Mike Shirkey (R-Clarklake) and Sen. Lana Theis (R-Brighton), who chairs the Senate Insurance and Banking Committee that SB 1 was referred to, about auto insurance.

“(But) I haven’t put the pen to paper yet,” Nesbitt said when asked if any specific plans have been decided on yet.

When asked when the fact-finding stage may be over and the first committee hearing may be scheduled for testimony, Nesbitt said “I’ll let you know,” saying he planned on talking to Theis Feb. 1 or early the following week on when the committee may be meeting.

No committee meetings for the Senate Banking and Insurance Committee had yet been scheduled as of Jan. 25.

Theis agreed with Nesbitt that things seem, at least early on, to be different this time around.