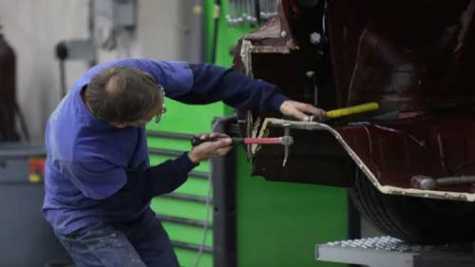 Dangerous road conditions have caused numerous problems for drivers and their cars in Wichita, KS.

"Black ice seems to be the biggest cause of that," said Hunnell, "A lot of times just unexpected slick spots."

Hunnell said collisions aren't the only thing causing damage to cars. He warned drivers to take precautions to avoid future damage to their cars caused by winter weather and road treatments.

"That salt and that stuff that gets on there are very harmful to your paint but more importantly harmful to the underside, and it's something that you won't notice for many years," said Hunnell.

He advised drivers to wash the salt and sand off of their tires as well as the underside of their car.

We thank KAKE for reprint permission.