Written by Kevin Barlow, The Pantagraph 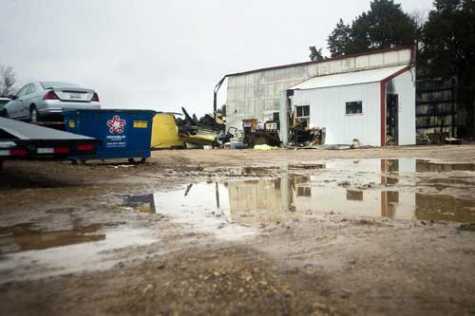 The aftermath of the Jan. 1 fire at John Williams Auto Body/J & K Auto Body near Stanford, IL, can be seen Jan 2. Lewis Marien, The Pantagraph

The Allin Township Fire Protection District, based in Stanford, was called to the scene around 8 p.m. Jan. 1.

"The fire was already through the roof when we arrived and became fully engulfed very quickly," said Foley. "We were in a defensive mode from the very start."

One firefighter was transported from the scene to an area hospital for minor injuries, he said.

The owners could not be reached for comment Jan. 2.

Foley said a damage estimate was not yet available.

"The building and its contents were a total loss," he said. "They are still trying to figure that out."

"We had a lot of help, and we are thankful for those other departments," said Foley.

We thank The Pantagraph for reprint permission.