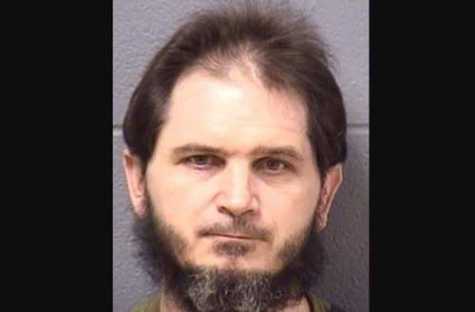 A 43-year-old Bourbonnais, IL, man who was convicted in the double murder of a man and woman bludgeoned to death in a Joliet, IL, auto body shop in 2016 has been sentenced to life in prison.

William N. Krasawski was sentenced Dec. 12 by Circuit Judge David Carlson for the killing of 48-year-old Michael Oram, of Joliet, and 43-year-old Jamie Wills, of Lockport.

Prosecutors said Krasawski spent the day of March 8, 2016 smoking crack cocaine with the victims inside Fleet Specialty Painting and Auto Body on Cass Street and used a pipe wrench and hammer to bludgeon the victims to death. The two bodies were discovered inside the body shop the following morning by Oram’s brother, Doug Oram, Jr., and Oram’s father, who were the owners of the body shop.

At trial, Krasawski’s mother testified that Krasawski came to her home March 9 asking for money and the title to his car and telling her that she might not see him for a long while. Additionally, his sister testified that he called asking her to bring a change of clothes for him to a hotel in Chicago Heights. Police later found him at that hotel. The jury arrived at the guilty verdicts in June after deliberating for just over two hours.

We thank WJOL.com for reprint permission.