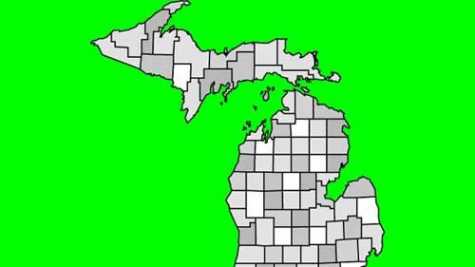 With the prosecution and conviction of three individuals on federal conspiracy and identity theft charges in September, the Secretary of State’s Office added yet another successful outcome to what has become a formidable track record of fighting fraud, Secretary of State Ruth Johnson said.

In several notable consumer protection cases since 2011, the department:

• Worked with the Michigan State Police to arrest individuals who offered money to a branch office clerk to provide driver’s licenses illegally.

• Shut down a truck driving school for encouraging students to apply for commercial driver licenses with fake residency documents.

• Referred a woman for criminal prosecution who was making $30,000 a month selling fake insurance policies out of an office at a church.

• Nabbed a used auto dealer who had forged a police officer’s signature on title documents.

• Coordinated Operation Torque Wrench with several law enforcement agencies, which led to the closure of several auto repair shops that were operating without a license or certified mechanics.

Secretary of State staff works each day to respond to consumer complaints and ensure that Michigan’s thousands of auto repair facilities and dealerships are compliant with the law. Since 2015, the Secretary of State has shut down 77 illegal repair shops and 129 auto dealerships. Nearly 500 criminal investigation referrals have been made by the Office of Investigative Services during that time, primarily to the Michigan State Police Fraud Investigation Section. There are more than 9,000 registered repair facilities and nearly 5,700 auto dealers in Michigan.

“Our consumer protection efforts are stronger than ever,” Johnson said. “We have improved this department’s ability to go after the fraudsters and scam artists who rip the people of Michigan off for millions of dollars every year. I encourage anyone with fraud complaints or tips to contact us. We are taking action to hold those who break the law accountable.”

Johnson formed the Fighting Auto Insurance Rip-Offs (FAIR) task force in 2013 after her staff conducted a one-day snapshot of 15,000 registration renewals done at branch offices and discovered that more than 16 percent of the insurance certificates checked that day were fraudulent. Some of those fake policies were purposely presented as proof of insurance, while others were purchased by unsuspecting drivers who believed they were insured, when in fact they were not.

Johnson also implemented training for branch staff to better spot fakes and tough new policies on canceling plates. Additionally, the department improved its technology for data analysis and tracking and its intra-agency sharing of data based on recommendations from the task force. As a result of the changes, the number of fraudulent insurance certificates submitted to the department has decreased.

The Office of Investigative Services launched in April 2015 to bring all investigative and regulatory enforcement services within the department into a unified operation. OIS is led by Darryl Hill, the retired former head of the Special Investigation Division of the Michigan State Police, and is committed to protecting the integrity of all Secretary of State programs and documents and investigating reports of fraud.

In 2017, Johnson introduced a toll-free telephone tip line for consumers to report fraud. Anyone who wants to pass on a tip about possible fraudulent activity involving driver’s licenses or other Secretary of State services is encouraged to call the Office of Investigative Services at 1-844-372-8356. Tips can also be emailed to sos-ois@michigan.gov.