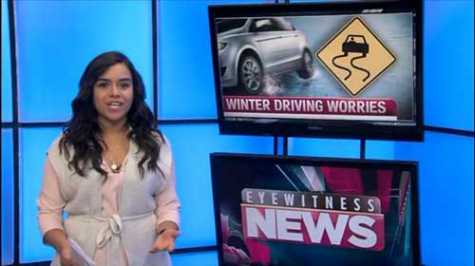 The first snowfall of the season made for a slick commute for Rockford, IL-area drivers the morning of Nov. 9, which led to a busy day for auto body repair shops.

"As soon as I saw the snow, I knew we were in for a busy day," said Tina Johnson, president of Alpine Body Shop.

A little more than an inch-and-a-half of snow was all it took to create a busy day for local auto body shops.

"We see that, when the temperature is hovering right around the freezing mark, the car will go over the snow, then it will just ice up and 'bingo-bango!' We have accidents. A lot of them," said Bill Foley, who works in sales and marketing at Parson's Collision.

Rockford Police said they responded to a dozen accidents per half hour.

The slick conditions even forced police to temporarily close a part of Harrison Avenue due to a multi-car accident. Several of the cars involved ended up at nearby auto body repair shops.

"Mainly bumpers and that," Foley said. "Unless like what happened on the bridge this morning, as they start spinning around. When that happens, there's damage done all over the car and that leads to more totals in that case, also."

Police said no one was seriously injured, but Johnson said that the same can't be said for drivers’ wallets.

"Minor damage could be just a bumper, but bumper repairs---with the prices of bumpers and the cameras and sensors---they can be as much as $1,500 all the way up to $3,000, depending on the make and model of the vehicle," she said.

Both local shop owners agree: When it comes to bad weather accidents, it comes down to one thing...

"Slow down and be cautious. Pay attention to your surroundings and your driving," Johnson said.

"Just slow down," Foley agreed. "Slow down. You aren't going to get there any faster."

We thank MyStateline.com for reprint permission.

Read 994 times
More in this category: « Every Day, a Car Hits a Deer in WI; 2nd Week of Nov. Among Most Dangerous on WI Roads WAC Hosts Its November Meeting in St. Charles, MO »
back to top