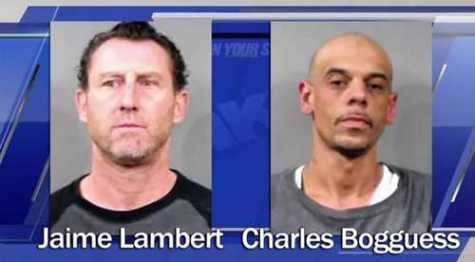 Officers were called around 9 a.m. Sept. 11 to the report of a burglary at Gerber Collision and Glass in the 5600 block of West Kellogg. Officer Charley Davidson said the investigation led police to a home in the 3700 block of Armstrong, near 37th Street North and Arkansas.

At the home, officers arrested 50-year-old Jaime Lambert and 38-year-old Charles Bogguess. The tools and vehicles were recovered as well as a third vehicle, a skid loader and a trailer. Each suspect was booked on multiple counts of possession of stolen property.

Officer Davidson said the tools and vehicles taken from Gerber were valued at $68,000.