Heckley Auto Adds Auto Body Repair to Menu of Services in Woodburn, IN 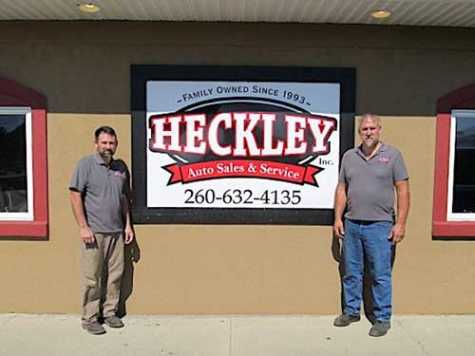 All people are born with some sort of special talent or gift. When that gift is your passion, it makes what you do seem less like a job and more like a pleasure.

Todd Heckley has been doing auto body work for the past 33 years in Fort Wayne. In early June, he left his long-time position to begin a new chapter in his career.

In June, Todd joined his brother, Kevin, at Heckley Auto in Woodburn, IN. Heckley Auto is a family-owned local company that has offered service and repair on all makes of cars and trucks since 1993. In 2014, Kevin expanded the business to include pre-owned vehicle sales. He is expanding once again with the addition of Todd to include collision and body repair.

Todd attended Ivy Tech and received his degree in auto body technology in 1985. He has stayed current with the latest in innovative technology in his field since then. He has been married to his wife, Sue, for 30 years. They have four children and two grandchildren. Todd is a master craftsman when it comes to working with any type of medium. He has a strong work ethic, which is what drives him to continually offer the best outcomes for his customers. His reputation is one of integrity and good moral character, and his wife says he is not hard on the eyes.

We thank The West Bend News for reprint permission.