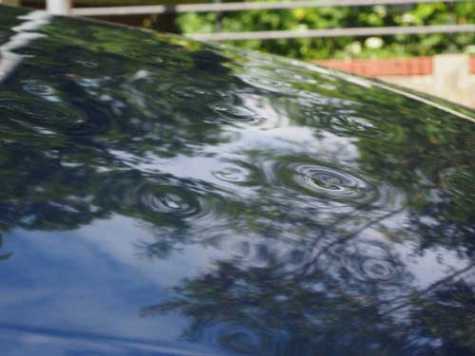 By July 4, repercussions from the hail storm that had struck the Spencer, IA, area on June 8 were still being felt through the number of repairs at local auto businesses and claims filed with insurance companies in the area.

Community Insurance of Spencer estimated it will pay out more than $4 million in client claims, while local body shops estimated individual claims to range from $1,000 to as high as $15,000. An average at Don Pierson Ford is between $5,000 and $7,000 in damage.

"This was very unusual," said Insurance Associates Producer Elizabeth Bohnenkamp. "This hail storm was crazy. We sat there on Friday night when it started to hail and got our watches out and started timing it. Usually hail lasts about seven minutes. This was 22 minutes of solid hail. It started about pea-sized and got all the way up to golf ball-sized. It was really severe in its damage."

Insurance officials and auto repair experts agreed the extent of damage done to homes and vehicles varied greatly, depending on where the claim originated. The most severe damage came from the west side of town. The most notable damage was done to building roofs and vehicle bodies, including window moldings, roofs and hoods.

Auto body specialists at Don Pierson Ford, H&N Chevrolet, SS Collision and Ken Borth Auto gave varying estimates of when the hail damage traffic will conclude, with most predicting sometime in August at the earliest and into October at the latest. Asher Motor Company could not be reached for comment.

Don Pierson Ford Body Shop Manager Justin Lode noted his workload had increased "10 times" since the storm. He added that much of the work is handled by paintless dent repair specialists.

"We get a few hail jobs every summer from around the area, but we haven't had a big hail storm in Spencer since May 21, 2004," Lode said. "That was a big one. Back then, paintless dent repair wasn't as popular, so the repair process drug out a lot longer. If it is a paintless dent repair [job], there is a matrix that we use. It is a chart we go off of, taking into account the amount of dents and the size of dents. If it is aluminum, it is usually 25 percent more than what the chart says. It depends upon the vehicle. Everyone is different."