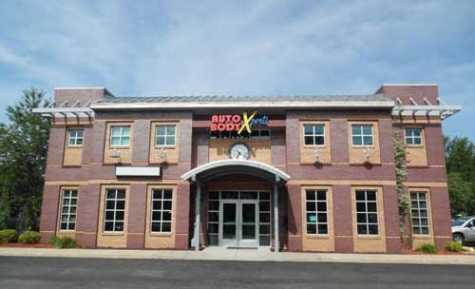 The Holland Auto Body Xperts building is located at 216 N. 120th Ave. and is open Monday through Friday from 8 a.m. to 5:30 p.m. Contributed photo

A local company known for serving the West Michigan community is now celebrating 70 years in business.

First started in 1948 as Hudsonville Body Shop, Auto Body Xperts was created by Herb Scout and his friend Gord.

In 1982, John Scout, Herb’s son, and Bob Arnoldink bought Gord’s portion of the business and ran it as a partnership until Herb’s retirement.

And while the business started with one location, it grew through the years with the creation of Holland Auto Body Shop and the purchase of Marcott Body Shop in Wayland. In September 2017, the business opened a fourth location in Zeeland.

Despite the different names, the shops were all family-owned-and-operated by the same partners. In an attempt to avoid confusion, in 2008, all locations changed their names to Auto Body Xperts.

For Arnoldink, although he bought into the business in 1982, he first started with the company in 1970, right out of high school.

“When I started here, it was a small shop on Chicago Drive and it was a three-man operation,” Arnoldink said. “It was three guys working in a building. It was a small little building and we could get about five cars into the building. I never had any idea that it would grow into what it is. I didn’t even plan on staying there that long.”

Arnoldink said the growth of the business followed the growth that occurred across West Michigan and the additional demand they found in the body shop industry.

Along the way, the business joined CARSTAR and worked with them for about 20 years. For Arnoldink, that partnership taught him a lot about running a successful business.

“I learned how to build and run a business [and] how to run multiple operations by belonging to that franchise,” Arnoldink said.

Through the years, the company has continued to remain a family-run business and today, a number of family members help operate the four locations.

“We live in this community,” said Mandy Beroza, Arnoldink’s daughter and general manager. “Our customers are our friends and neighbors. We are blessed to have serviced the community for 70 years and want to give back in any way we can.”

As Beroza said, the company’s focus has remained in West Michigan and serving the local community.

Arnoldink said that is not something they plan on changing.

Arnoldink said that through the years, he has received different tidbits of knowledge that have helped push the business forward. Today, the goal of Auto Body Xperts is to offer more than what the customers would expect.

An example of putting that into action occurs when they work on a person’s car. Following the work, the customer is given 12 free car washes. After the washes, the company will detail the car as well. The emphasis is on providing proper body work while also continuing to monitor that repair moving forward.

As for the future of the business, Arnoldink said that he will eventually retire but, along with his children currently active in the company, he said he already has grandchildren who have expressed interest in being involved.

“I think about it and I think it could really be fun to work with your kids and grandkids and [help] the business [grow],” he said. “My kids are taking over more and more and we really enjoy being of service to people. That is really what it is about.”

As part of the company’s anniversary celebration, on June 12 all locations will offer free car washes and cake to customers. The company is also running a scavenger hunt with clues being posted on the company’s website. The winner will win a $500 Amazon gift card.

For more information about the scavenger hunt and for clues, visit autobodyxperts.com.

Arnoldink said he appreciates the business they have had through the years, despite the fact that customers generally come to the business because of a damaged vehicle.

View the embedded image gallery online at:
https://www.autobodynews.com/index.php/midwestern/item/15627-auto-body-xperts-continues-to-serve-west-michigan.html?showall=1&start=0#sigProId01924ab268
More in this category: « Technical Centers Start Registered Apprentice Program in MO Kickin' Kolor in Davenport, IA, Is All About Custom Colors, Valuable Training »
back to top