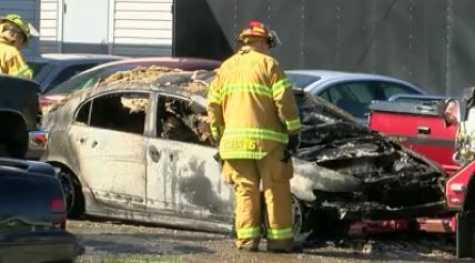 A man who was seriously burned when a car caught fire at a Springfield Township, OH, body shop in April has died from his injuries.

Kevin Hendley, 62, was found by his wife and pulled from the burning car.

“His clothes were burned, his hair was burned… it was pretty rough," witness Kristi Distler said.

Firefighters said it started as a car fire and then spread to the business.

The incident happened at KK & Son Auto Repair in the 2200 block of Wilson Avenue.

Hendley was taken to UC Medical Center, where he succumbed to his injuries.

“The firemen---they did a hell of a job. They got there and it was a very dangerous situation for them just to walk up to the building. They attacked the fire, they stayed on it and they knocked it down," witness Vincent Jones said.

Firefighters said damage to the business was estimated at $100,000.