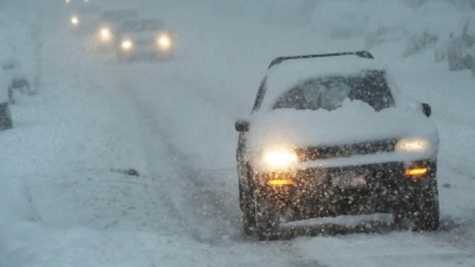 The proposal repeals the no-fault system and moves Michigan to a full-tort system similar to other states, such as Wisconsin. Another bill in the package continues benefits for everyone already receiving lifetime health care after a catastrophic traffic accident.

“I promised during the campaign that I would come to Lansing, play nice and try to reform no-fault,” said LaFave, of Iron Mountain. “The Lansing special interests refused to negotiate in good faith, and House Bill 5013 failed. I’m not playing ‘Mr. Nice Guy’ anymore. The arguments in support of no-fault have run out of gas. The time has come to repeal it.”

Michigan drivers will still be required to have insurance, but these bills provide them with more choice and flexibility by eliminating the mandate to buy unlimited medical coverage. Accident victims will have the ability to sue at-fault drivers for economic damages and non-economic damages, such as pain and suffering.

The legislation also includes a “legacy fee” to continue to fund the Michigan Catastrophic Claims Association (MCCA) until it is no longer needed. The MCCA system will be closed to new entrants.

“We don’t want anyone already catastrophically injured to lose their benefits,” LaFave said. “We will implement a legacy fee to make sure those now receiving treatment can continue to do so by funding the MCCA.”

LaFave said the plan would bring more insurance companies to the state, including some that have been avoiding Michigan because of its no-fault system. LaFave also noted that the competition from more companies doing business in Michigan will even further drive down car insurance rates.

This information was provided by the office of State Representative Beau LaFave.

We thank UpMatters.com for reprint permission.