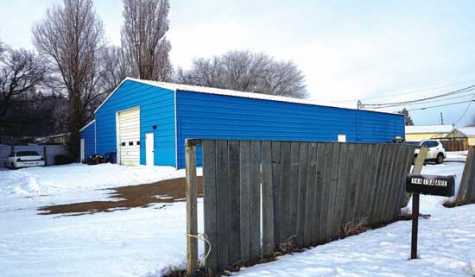 J & J Auto in Burlington has been the subject of a legal battle over zoning between the owner and the city. Jill Schramm/MDN

An ongoing zoning dispute between the City of Burlington, ND, and the owner of an auto body business continues to work its way through court.

The City of Burlington brought a complaint in North Central District Court in June 2016 against Alton Johnson of J & J Auto for operating a wrecking and salvage business in a neighborhood commercial district, in violation of city code. A status hearing is scheduled for April 16.

The city alleges the property is “a visual eyesore, attracts vermin and pests, and presents a hazard to health and safety.”

Johnson has responded that he operates an auto body repair business at 144 Ida Avenue that includes buying, dismantling and repairing damaged automobiles and temporarily storing automobiles and parts. He claims the zoning ordinance is invalid because it was not drafted in accordance with state law. He also asserts his shop operates as a permissible nonconforming use.

Johnson has sought dismissal of the city’s complaint and filed a counterclaim alleging illegal taking by the city of his property in refusing to allow his business. The city has asked the court to dismiss the counterclaim.

The city granted a building permit in 1973 that led to the opening of the body shop. A fire in 1989 forced the business to relocate, but Johnson states in court records that he continued part of the business at the original site. In 1991, Johnson leased space to a metal recycling/salvage business, which operated until 2012. During that time, Johnson again states he continued to use part of the property for auto body and repair.

In March 2013, the city notified Johnson that his intended use of the property was not permissible under the zoning ordinance. The city sent a cease and desist notice in September 2013.

Johnson then began a civil action against the city. The judge’s order determined Johnson needed a variance. However, Johnson claimed in responding to the June 2016 complaint that the city was ignoring his request for a variance.

The city acted on his variance request to deny it in December 2016. Johnson filed a court appeal in January 2017. A March 29 status conference is scheduled on the appeal.

Read 900 times
More in this category: « Accidents Are Up in ND, Sending Body Shops Into Busy Season Pinto's Kustoms & Collision by ‘ProDaddy’ Expands Building in IL »
back to top