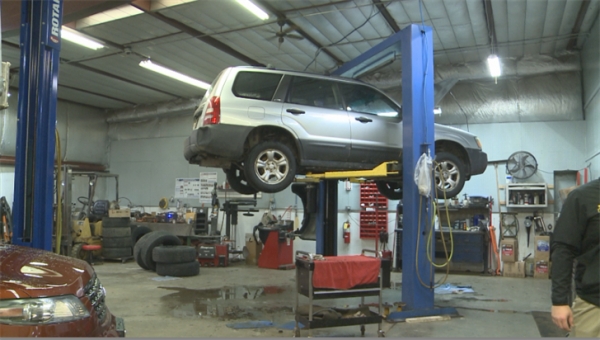 As winter moves in Wisconsin, local body shops are tied up with preparing your vehicles for the season.

"It's usually the first snowfalls when we get really busy and everybody realizes that their tires on the car are not good, so we have a lot to put on,” Grieshbach said.

He said that even though weather does play a factor in car accidents during winter, most of the time the collisions are caused by cars not being properly maintained.

"They think they just need to do an oil change, but there are a lot more fluids in the car that need to be serviced," he said.

Another problem during the winter months that many people forget to check on is the amount of salt collected on the car.

Grieshbach said that if car owners don’t clean their vehicles regularly, the salt can cause severe damage.

"It gets up in the crevice of the car and in the break lines and fuel lines," Grieshbach said.  "After a number of years, it can rust out and cause safety issues."

Managers recommend car owners have the regular maintenance check-up before the harsh weather starts to ensure their safety.