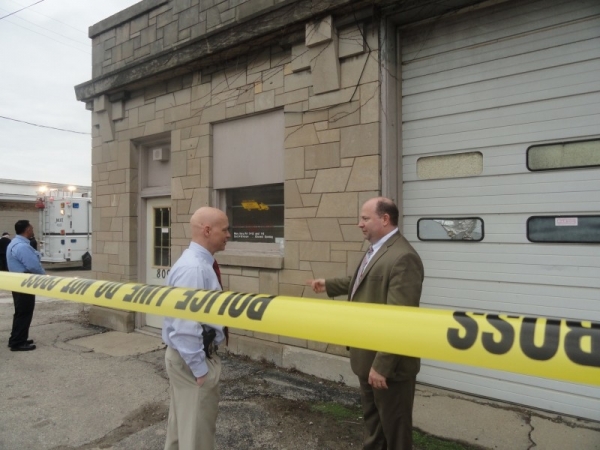 It's quite common for accused murderers to reach a plea bargain with prosecutors on the verge of their pending trial at the Will County Courthouse in Joliet, IL.

However, murder defendant William Krasawski left Will County Judge Dave Carlson with the impression that a plea bargain is highly unlikely. As a result, Krasawski's quickly approaching trial for the 2016 double murders inside a Cass Street body shop will remain on the judge's calendar, set to begin Oct. 30.

Back in March 2016, Krasawski, then 41, was charged with killing both 48-year-old Michael Oram Sr. and Oram's girlfriend Jamie Wills, 43, inside the Fleet Specialty Painting body shop on Joliet's Cass Street. The criminal complaint states that Krasawski killed the couple by striking each of them on the head "with a blunt object knowing such an act created a strong probability of death or great bodily harm."

Krasawski, who lived in Bourbonnais, has remained in Will County's jail ever since his arrest at a motel in Chicago Heights on March 11, 2016. Court documents indicate the Cass Street body shop murders occurred on March 9, 2016. The accused killer was acquainted with both of the murder victims, according to Joliet deputy police chief Al Roechner.

Krasawski was a hardened ex-convict who had been released from prison several months before the body shop murders occurred. He had spent six years in prison for an aggravated vehicular hijacking conviction out of Cook County. He had also served prison time for attempted aggravated robbery, aggravated robbery, robbery and theft, according to Joliet Patch story archives.