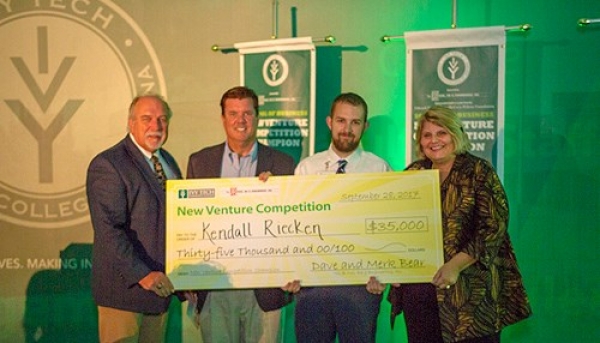 Riecken, founder of KR Designs, has been awarded $35,000 in start-up capital.

Riecken's company specializes in car detailing, restoration, custom paint and collision repair and is currently operated out of his parents' garage. He says he plans to use a portion of his winnings to build a new space, which will be located between Fort Wayne and Auburn. He also plans to use the money for a paint booth and new equipment.

Riecken is a 2016 graduate of Ivy Tech's Fort Wayne campus. Riecken was one of three finalists who pitched their business plans to a panel of about 30 judges, who followed up with question-and-answer sessions.

We thank Inside INdiana Business for reprint permission.