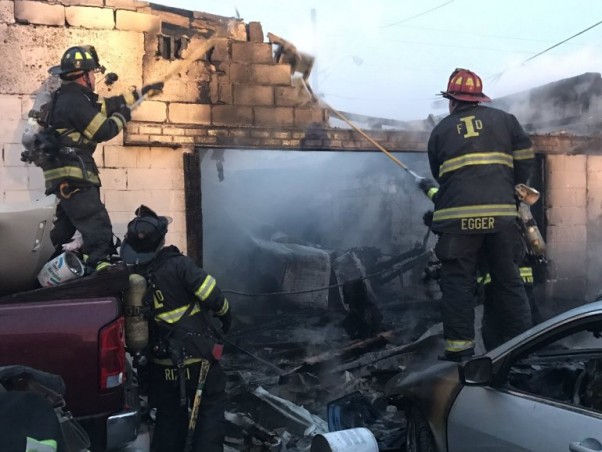 A fire caused parts of an auto body shop in Indianapolis to collapse on the city’s near southwest side on April 11.

The Indianapolis Fire Department says the structure in the 1500 block of Blaine Ave. showed heavy fire when crews arrived at 7:56 p.m.

Authorities say the structural integrity of the building was severely compromised as a result of the fire. This caused the collapse of the building’s center roof and southeast corner.

IFD says crews had the fire under control by 8:53 p.m.

One firefighter was slightly injured while tackling the blaze. That person was transported to Methodist Hospital to be checked out. Two people inside the building evacuated and were uninjured.

The fire is currently under investigation, but an occupant told investigators that a heater caught fire and quickly ignited nearby combustibles.

Battalion Chief Kevin Witt estimates the fire did $100,000 in damage.

A video and additional photos can be found at www.fox59.com.

We would like to thank FOX 59 for reprint permission.