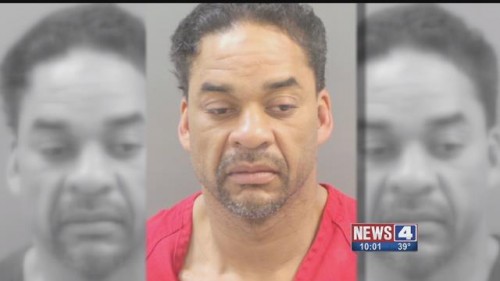 Christopher Williams is charged with 3 counts of assault on a law enforcement officer, 2nd degree burglary, theft/stealing, tampering with a motor vehicle, and two counts of resisting arrest. He allegedly stole tires from a car repair store in South City

A man was arrested on the night of January 24 after officers said he led them on a pursuit after breaking into a local auto body shop.

Christopher Williams, of Bonne Terre, Missouri was arrested for three counts of assault on a law enforcement officer, second-degree burglary, theft/stealing, tampering with a motor vehicle, and two counts of resisting arrest.

Officers said they observed Williams breaking into Car X Auto Service at 3460 South Kingshighway and stealing tires.  When officers attempted to arrest him, he fled in a vehicle that had been reported stolen by the Maplewood Police Department.

Surveillance cameras showed officers pointing a gun at Williams, who then decided to take off. When police pursued Williams, he crashed the van at North Kingshighway and Laclede Avenue.

The suspect was taken to the hospital for injuries sustained in the accident, where he remains under police custody.

"We're just happy to have him behind bars. He's stolen a lot of tires from myself and our competitors," said Car X owner John Kelley.

Kelly also believes he has stolen from the Car X before.

We would like to thank kmov.com for reprint permission.