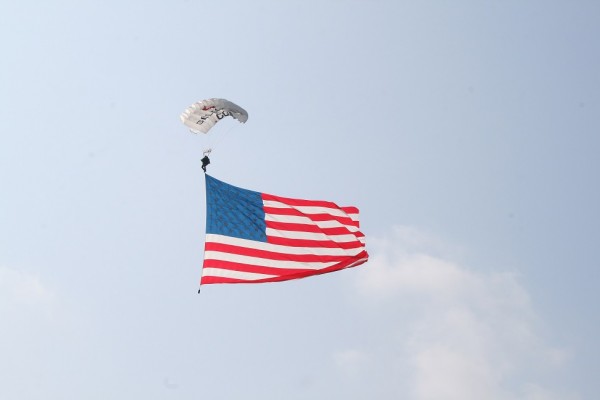 The CARSTAR Cincinnati Business Group golf outing is always a patriotic event. The day kicked off with skydivers from Team Fastrax jumping in with the largest American flag flown by a skydiver at 7800 square feet. Once the flag opened during their descent, the National Anthem was played for everyone in attendance. As soon as the jumpers landed, there was a flyover by a P-51 Mustang, followed by a single bugle rendition of Taps.

“It was really an amazing day,” said Jim West. “When you bring in the extras like the flyover and skydivers with the American Flag, plus having military on hand to be honored at the event, it truly is special. Being able to give a large donation to the Fisher House makes all of the hard work that goes into the event worth it.”