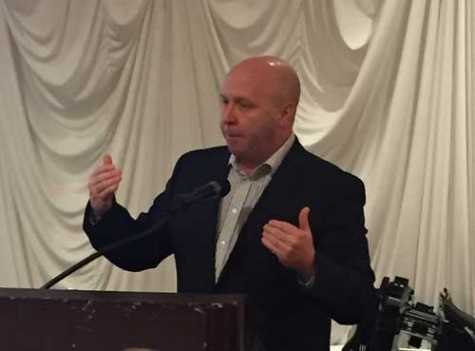 On Feb. 23, the Alliance of Automotive Service Providers of Illinois (AASPI) held its 2019 Annual Meeting at the Diplomat West in Elmhurst, IL.

The meeting featured presentations by Mike Anderson of Collision Advice and Eric Newell from asTech.

Anderson presented “Positioning Yourself in the Collision Repair Program,” during which he discussed the future for collision repairers and how to win. He discussed how telematics and connected vehicles will impact the damage analysis process and FNOL, how to prepare for the fact that 36 percent of consumers want services outside of normal business hours, and how to prepare for predictions that 70 percent of claims will be handled via photo or video re-inspection by 2020. He also delivered an overview of his "Who Pays for What?" surveys and provided an update on OEM certifications.

During his “Why is Post-Repair Calibration So Important?” seminar, Newell discussed why it is critical for repair facilities to understand which systems may be impacted by the repair process and how calibrating the ADAS is vital to a properly and safely functioning vehicle.

AASPI also invited Senator Tom Cullerton and Representative Elizabeth Hernandez to the meeting to discuss the association’s legislative initiatives for the year.

“During the meeting, AASPI lobbyist Brian Wojcicki provided a legislative review of the association’s principal legislation calling for all estimates to be written with OEM repair procedures and OEM parts,” Lane explained. “On hand to talk about this legislation was Senator Cullerton, who is sponsoring our bill in the state Senate. State Representative Hernandez, who is sponsoring our bill in the House of Representatives, also sat down with our leadership team during the meeting.”