On September 25-27, ASA-Midwest held their 2015 Leadership Summit in Kansas City. This year's event hosted 30 officers and staff members, and according to Jerry Holcom, the newly elected President of ASA-Midwest, "The Summit is designed to discuss the future of ASA-Midwest, including membership benefits and services, as well as planning future chapter and affiliate events. New association leaders have an opportunity to learn more about ASA and their leadership role, as well as have a voice in the direction of the affiliate." 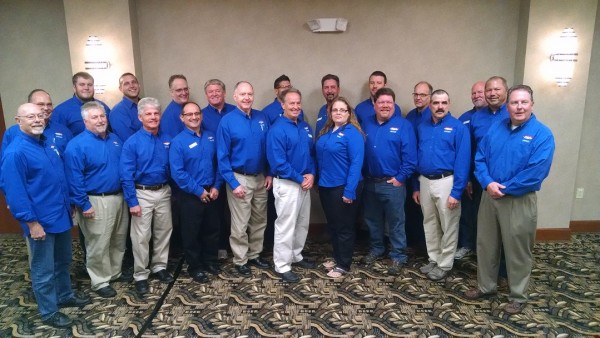 During the event, the association also elected a new 2015-2017 Board of Directors. The offficers installed included Jerry Holcom of S & S Service Center as Affiliate President, and Joe Sevart of I-70 Auto Service as Affiliate Vice President. The affiliate's new Secretary is Tim Davison of Chumbley's Auto Care, and James Copeland of Midwest Autoworx was elected as Treasurer for ASA-Midwest.

Earlier in September, the association's Lincoln, NE and Tulsa, OK chapters had a joint meeting with both groups logging into a live webinar presented by Jeremy O'Neal of AdvisorFix.

According to Jessalyn Kincaid, ASA-Midwest staff, "Jeremy was not only able to give his presentation but was also able to do a live question and answer session. He focused on how to put together Diagnostic Service Packages that auto repair customers will pay for. Each participant left with a step-by-step system for identifying the right types of jobs to apply diagnostic charges to, and how to effectively present these sales to the customer. The presentation was very well-received by both chapters.”

Sheri Hamilton, ASA-Midwest Executive Director, stated, “this meeting in particular was a wonderful opportunity for not only learning but also networking, especially since there were two chapters working together, bouncing ideas off one another and learning from each other's experiences. It fully embodied what we believe is one of ASA-Midwest's core mission statements: 'Better. Together.'"

More in this category: « Auto and Truck Recyclers of Illinois Holds 2015 Convention and Trade Show AASP-MN's Sold-Out "Write It Right" Seminar with Mike Anderson »
back to top