JUser: :_load: Unable to load user with ID: 573
Subscribe to this RSS feed

Today’s autobody shop owner has a great many options when selecting tools that will increase the productivity of his/her business. From tools such as management software, add-ons for the estimating software in use at that business, or camera systems that improve the digital documentation for each repair, shop owners can spend a great deal of time comparing options and searching for the productivity tools that best meets the needs of his/her business.

According to ASA membership records, about 17.48 percent of collision members report they do some type of mechanical service work... such as oil changes, air filters, throttle body cleaning, tie rods and more. He said that while the mechanical repair sales amount to less than 3 percent of their gross sales, the fact that they offer mechanical services increases their marketing capability.

Dealing with a Bully Insurance Adjuster?

How to Fight Back and Win!

The experience of Axel’s Body Shop [name changed for confidentiality] is a good example of how a small business in southern California chose to stop being victimized by an insurance company.

When Axel’s Body Shop owner Steve Axel saw his customer’s new 2009 Honda Fit towed into his shop because of an accident, he never imagined he would find himself suing his customer’s insurance company because of a bully adjuster’s temper tantrum and vengeful action.

Written by Autobody News staff
Recognizing there are many women interested in pursuing careers in the automotive industry, NASCAR and the UTI Foundation established the Brienne Davis Scholarship Fund for women seeking an automotive technical education.
Published in Feature Stories
Read more...
Thursday, 01 May 2008 17:00

The Society of Collision Repair Specialists (SCRS) has been monitoring the actions of a number of insurance companies and how their processes and procedures have affected collision repairers, and ultimately their customers. SCRS recently commissioned a survey of its membership, and during this survey process, a considerable amount of input was received from member and non-member repairers from all over the country. This information is the basis for the following position.

Discussion at the Collision Industry Conference (CIC) held in Philadelphia in mid-April indicates there is little consensus in how used or recycled parts should be priced.

The problem as an industry trying to create best practices is we have two different pricing mechanisms out there, and we’re trying to create some sort of standard that’s accepted by all,” said Ken Weiss, chairman of the CIC Parts Committee.

Auto recyclers participating in the discussion estimated that about 20 percent of recyclers, include Greg Freeman of Freeman’s Auto Salvage Center in Joplin, Missouri, have moved to pricing parts as undamaged while 80 percent still quote an “actual part price” to which allowance for any damage must be added.

“From the interacting I’ve been doing with our customers, the collision shops were asking for an undamaged part price, and we’re trying to get (other) recyclers to get to that level,” Freeman said.

But Weiss pointed out that based on discussions he heard at the Automotive Recyclers Association (ARA) convention last fall, only a small minority of recyclers have made that change.

Two collision industry events in April gave attendees an opportunity to get the latest on insurance and economic trends impacting the industry; learn about the “lean processing” trend among repairers; and discuss what help, if any, state insurance departments offer in addressing shops’ concerns.

An Interview with Scott Biggs, CEO of Assured Performance Network 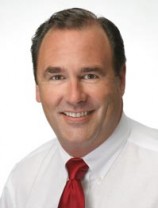 Scott, I know you’ve been around the industry a while. How did you get started?

By accident of course! I actually got involved with the collision industry without ever intending to. I became a partner in a fledgling computer management company back in 1984. We created a state-of-the-art computer management system that became the leading product of its time. When I joined the company and took over managing the operations they were essentially bankrupt, but didn’t know it. We got that company turned around and eventually a paint company bought it. I got a crash course in collision repair dealing with many of the premier body shops across the US as our customers.

The societal cost of crashes is a staggering $164.2 billion annually, nearly two and a half times greater than the $67.6 billion price tag for congestion, according to a new report released today by AAA. The report, "Crashes vs. Congestion: What's the Cost to Society?," demonstrates that traffic safety issues warrant increased attention from the public and policymakers, particularly as Congress prepares to reauthorize federal transportation programs in 2009.

Nissan Quest Is By Far the Worst Performer

None of 6 minivans, all 2008 models, is designed to resist vehicle damage in many low-speed collisions. The front and rear bumper systems on these minivans allowed $5,000 or more damage in a series of 4 crash tests conducted at 3 and 6 mph.

Written by Dawn Schabbing
Bob Boarman knows cars. He not only knows cars and sells cars at his Shelbyville, Illinois, auto dealerships, but he collects cars, too.
Published in Feature Stories
Read more...
Friday, 30 November 2007 17:00

What Happened to Simple [Car] Colors?

Before we went to the first grade, most of us knew all the colors in the rainbow. Red, orange, yellow, green, blue and violet. We had crayons and we colored the sky blue, oranges were orange and apples were the same color as little red wagons loaded with green watermelons. You couldn’t color the snowman because it was already white, but you could make a carrot colored nose, do little black dots for his eyes and a scarf in red, green or blue.

Written by Autobody News staff
The auto collision repair industry is in need of trained employees, and the Austin Community College District is helping to meet the demand. ACC, at 1020 Grove Blvd in Austin, has launched their Auto Collision Repair and Refinishing Program to provide training in the latest technology and techniques used by industry repair shops.