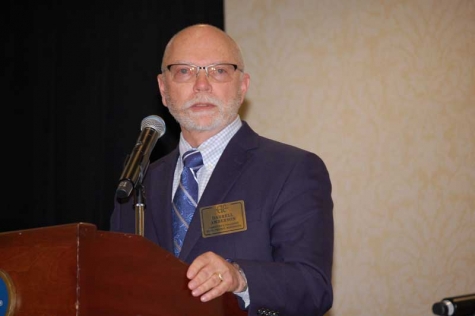 Chairman Darrell Amberson said the April CIC meeting was among the first national industry gatherings held in-person since the start of the pandemic and was “absolutely terrific.”

California-based employment law attorney Cory King told Collision Industry Conference (CIC) attendees in April that while employers can require workers to get vaccinated for COVID-19, they should make sure they get legal guidance in doing so to avoid violating any state or federal regulations.

“The short answer is yes, you can [require vaccines], but as with anything in the law, it’s not that simple,” King said.

King predicated his presentation by saying he can’t provide legal advice in such a setting, but was offering some issues business owners would want to discuss with their legal counsel.

King said in most states, for example, employees must be paid for their time getting vaccinated if it’s a job requirement. Some employers have sought to reduce this cost by bringing in someone to do the vaccinations in-house, King said, but under that scenario, employers must be careful to avoid violating the Americans with Disabilities Act (ADA) relative to medical inquiries, given that pre-screening questions are required for those getting vaccinated.

“If they don’t want to answer those questions, or they answer them and are denied the opportunity to get the vaccine because they don’t pass the pre-screening, you cannot ask them why they did not get vaccinated,” King said. “If you do, you are arguably potentially running afoul of the ADA.”

Employers also have to provide “a reasonable accommodation” for those not willing to be vaccinated because of a religious or “sincerely held belief,” he said, but again, this is an area where a company should get legal advice. Don’t question the sincerity of their belief or get into an argument over this, King said. Rather, acknowledge what they are saying, tell them you will look into it and get legal advice.

“You can make it through this, no question,” King said. “The way you would overcome that is to show that it would create an undue hardship, and that is defined as having more than a ‘de minimis’ cost or burden on the employer,” an analysis an employment lawyer can walk you through.

Concerns about long-term effects of the vaccine or belief “it’s a government science experiment” cannot negate an employer mandate because “fear is not a protected category,” King said.