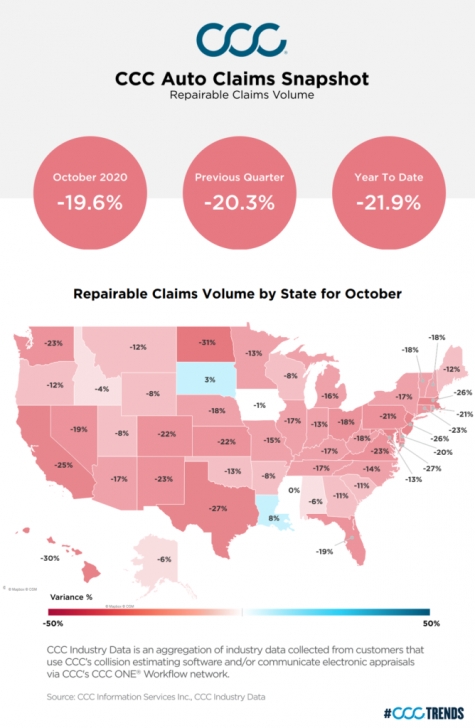 That’s based in part on a more than 2% rise in non-drivable vehicles after higher-speed crashes made possible by less vehicle traffic, she said, along with increases in the cost of parts and higher costs in the “miscellaneous/sublet” category, “which is where a lot of the fees associated with scanning and calibrations are appearing.”

A line item for scanning was included on 41% of appraisals in the first quarter of this year, she said, compared to just 3.3% in the same period in 2017. The average fee for scans across appraisals that include them is $126, she said.

The percentage of vehicles declared total losses has continued to increase, despite a rise in used vehicle pricing this year.

That is likely to rise even higher next year, she said, given the expected 15% decline in new vehicle sales this year.