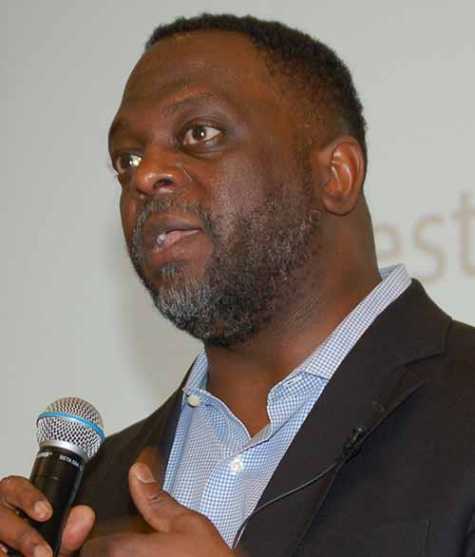 Kenyatta Lovett said working with local governments on workforce issues can pay off when those officials go on to statewide positions. John Yoswick

Body shop associations and automakers increased efforts this year to get state legislation that would mandate the use of OEM repair procedures for collision repair claims.

Since these efforts, insurance regulators in some states have shared written statements relative to any such obligation on insurers.

Insurance regulatory agencies in about half of all states have responded to a letter the Society of Collision Repair Specialists (SCRS) sent out last year asking, among other things, if anything in their state “holds insurers and insurance policies sold in your state accountable to recognize manufacturer documented procedures as a basis for settling claims.”

During a SCRS event earlier this year, the association’s Aaron Schulenburg said the written responses were “reflective of what we anticipated,” namely that “regulatory bodies don’t have a solid understanding of the repair process and therefore don’t understand” how OEM procedures impact claims settlement.

“This really was a mechanism to expose what I think is a gaping hole in the statutes in most states to hold [insurers] accountable for the things we [as repairers] need to do,” Schulenburg said.

In one state’s response, Alex Avalos, senior insurance compliance officer for California’s Department of Insurance, said that state’s “insurance laws and regulations are silent on vehicle manufacturer documented procedures.” Would the Department consider it a “reasonable expectation that if an OEM repair procedure or instruction existed, that the claim should cover the associated costs,” the SCRS asked in its letter.

“That one would need to be looked at on a case-by-case basis,” Avalos responded. “Our regulations mandate that insurance estimates allow for repairs to be made in a workman-like manner.”

Many of the responses received from insurance regulators focused largely on state statutes related to OEM parts or noted only that the regulatory agencies couldn’t comment on some of what they saw as hypotheticals posed in the SCRS’ letter. But some more directly addressed the SCRS’ primary question.

View the embedded image gallery online at:
https://www.autobodynews.com/index.php/john-yoswick/item/17975-scrs-event-discussion-on-insurance-regulation-workforce-development.html#sigProId0aaf690839
More in this category: « CIC: What "Secure Share" Will Mean for Exchange of Estimate Data
back to top