CIC: What "Secure Share" Will Mean for Exchange of Estimate Data 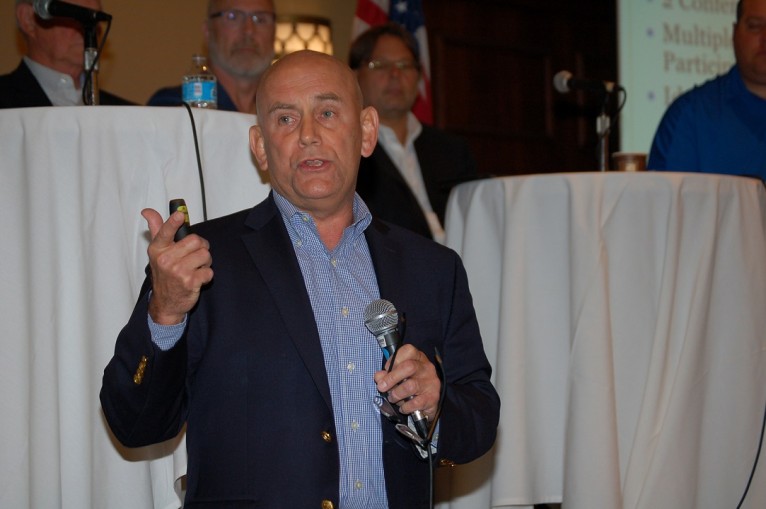 CCC Information Services’ newly-launched “Secure Share” generated both questions and criticisms at the Collision Industry Conference (CIC) held in Pittsburgh, PA in late April, although the company wasn’t there to respond.

A new CIC task force held a panel discussion related to the new data-sharing system, and though CCC chose not to attend (citing antitrust concerns), it did send a four-page response to questions posed by the task force.

Under the current data-exchange method, a CCC ONE user can transfer that data to others using a standardized “Estimate Management Standard (EMS)” file. In many cases, those third-parties have--with a shop’s permission--placed a “data pump” on the shop’s server to automatically pull the EMS files the shop has agreed to share.

CCC’s “Secure Share” changes this arrangement in several key ways. First, it will transfer the data using a “Business Message Suite (BMS)” file, viewed by many in the industry as a positive change. The industry-developed BMS standard in theory gives users more control over which portions of an estimate are transferred. It can limit a parts vendor’s access, for example, to only the portions of the estimate needed to accurately fill the parts order, rather than also including (as the EMS file does) information about the vehicle owner as well.

But CCC has also said that as of April of 2018, CCC ONE users will no longer have the ability to export an EMS file, and all BMS file transfers from CCC ONE will have to go through the “Secure Share Network.” A third-party’s ability to directly “data pump” information from a shop will be curtailed.

Shop owners and third-party companies with whom they share estimate information on the CIC panel highlighted some concerns they have about the new system.

“If your third-party providers decide not to participate [in Secure Share], how do you operate your business?” panelist Don Mikrut of AudaExplore rhetorically asked the shop owners on the panel.

In addition to writing code to accept CCC ONE users estimate data through the “Secure Share Network,” vendors also must pay CCC a 50-cent fee for each set of estimate data they receive. In calling earlier this year for the creation of the CIC task force on data-sharing, Frank Terlep estimated that a shop management system company, for example, would pay CCC about $50 more a month for every $2-million-a-year shop using its management system.

CCC has defended the new fee, saying it “has made, and will continue to make, significant investments in infrastructure, application development, and ongoing support to process thousands of...transactions per minute.”

Panelists in Pittsburgh said it’s not yet clear whether third-parties will pass this new expense on to shops – or if the CCC agreement with the vendors using the Secure Share system even allows them to do so.

There are also a number of other elements of the agreement that vendors have to sign that panel members at CIC said are concerning. Jeff Schroder, CEO of Car-Part.com, said he sees control over what information shops share shifting from shops to CCC – which also happens to offers its own part locating service that competes with Car-Part.com.

He acknowledged CCC “has been very cooperative” in working with his company in terms of which estimate data fields the Car-Part.com system needs to receive from its shop customers. But he also said the under the “Secure Share” agreement, CCC can cut off that access at any time, for any reason.

“While we are justifying why we need [each] field, they have access to all the information, and they’re competing with us and deciding whether or not they want to give us that field,” Schroder said.

Moreover, all vendors wishing to use “Secure Share” have to agree that CCC is not precluded from developing or acquiring systems “which are competitive with your application or other products or services provided by you, irrespective of their similarity to your current products or products that you may develop.”

“If you compete with CCC, that company will have access to every single transaction between you and your customer,” panel moderator Terlep said.

He also noted that vendors must waive their right to sue, agreeing to use arbitration to settle any disputes they have with CCC.

“If two years from now they choose to cut off your [access to Secure Share], you have no right to sue for damages,” Terlep said.

“On the flipside, if 50 cents is not too much, and if there’s a lot of value-added, if they make it a great service, then I think there’d be a lot of [vendors] who would say, ‘That’s alright, I’ll pay the fee if it has a justified value,’” Biggs said. “But there’s a lot of massaging that has to happen between here and there.” 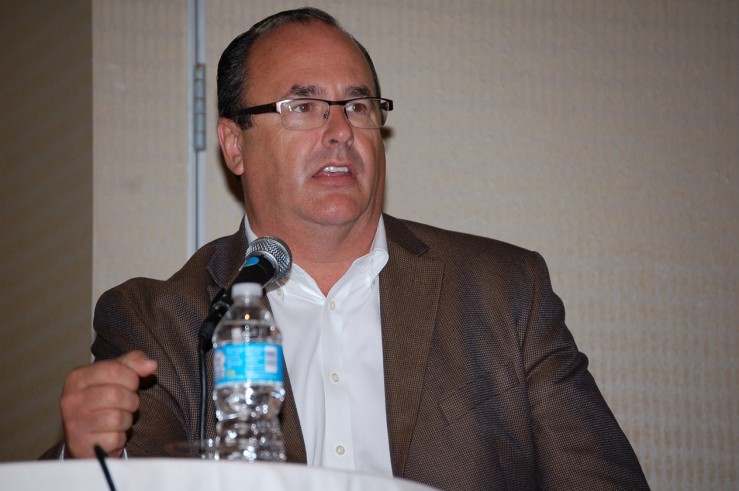 Panelist Barry Dorn of Dorn's Body & Paint in Mechanicsville, VA said its incumbent on those in any segment of the industry with concerns about “Secure Share” to “make sure that those involved hear you.”

“Because guess what? I think all of us are customers of these data providers,” Dorn said. “And they need to hear what their customers think.”

But panelist Brett Bailey of A&B CARSTAR in Kansas City, MO, whose company currently shares data from each estimate with as many as 11 “third-parties,” said his real frustration are the limits he sees on his ability to choose a different estimating system if he wanted to do so. Even though he operates all three major estimating systems at his shops, he said insurer mandates limit his choice of which estimating system he uses on all but about 20 percent of the 1,000 cars his company repairs each month. He believes more insurers need to follow the lead of State Farm and Allstate and accept estimates from any of the Big 3 information providers.

“An open platform is the answer,” Bailey said. “It creates competitiveness in the marketplace.”

Biggs noted the irony that the Collision Industry Electronic Commerce Association (CIECA), which developed both the BMS and EMS data-transfer protocols, was created decades ago to establish standards to allow for open platforms.

“That was the purpose, so you didn’t have to stay with one particular [estimating system],” Biggs said.

John Yoswick, a freelance writer based in Portland, Oregon, who has been writing about the automotive industry since 1988, is also the editor of the weekly CRASH Network bulletin (www.CrashNetwork.com). He can be contacted by email at john@CrashNetwork.com.

Read 2070 times
More in this category: « The Pros and Cons of Getting OEM Certified SCRS Event Discussion on Insurance Regulation, Workforce Development »
back to top