The Pros and Cons of Getting OEM Certified 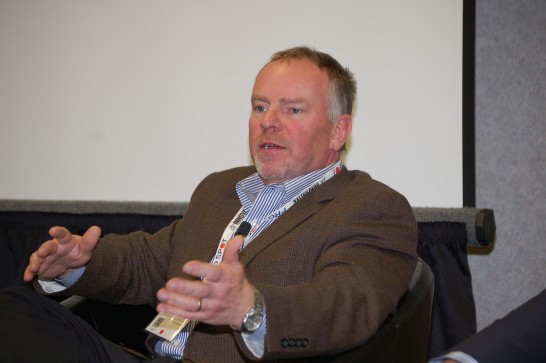 That was among the questions addressed by a panel of shop owners at the recent NORTHEAST Automotive Services Show held in Secaucus, N.J. James Carvino of RoJo Collision in Brooklyn, NY, whose shop holds certifications from about 10 automakers, said he’s eliminated most of the shop’s DRP relationships other than two with insurance companies “that are very understanding.”

“I basically have no issue [with them], and I think they are happy to have someone who, even though my estimates may be 400 lines, they can see the car and know I’m doing the work,” Carvino said. “I had to get rid of pretty much everyone else because of us getting certified, but it’s really only been to my benefit. An insurer can take any [agreement] I have [with them] away, but they can’t take my certification. The DRPs helped us get to the point where we had the money to spend on OEM certification. But you get to the point where you say, ‘Listen, I don’t need you. So if you don't want to pay my rate or do this, you can take the program and go because now I’m certified. I don’t really need you. You can’t cripple my business.’”

Tom Elder of Kompact Cars, Inc. in Clarksburg, NJ agreed, saying the 11 DRPs he previously had “helped us become better financed and better equipped,” but that Mercedes-Benz and other OEM certifications have allowed him to drop all but a couple.

“I use the adage: If you let me fix the car to manufacturers standards, use all OEM parts and charge you a fair rate and get the car done quickly for the customer, I’ll do business with you,” Elder said. “Other than that, forget it. I’m not going to be dictated to by an insurer that comes in looking for second-rate work that would reduce our reputation or injure our customers. It’s worked well. I’ve seen some drop-off in volume. But the drop-off has been filled in by all those give-aways that [are part of] direct repair, like storage, administrative fees and other things.” 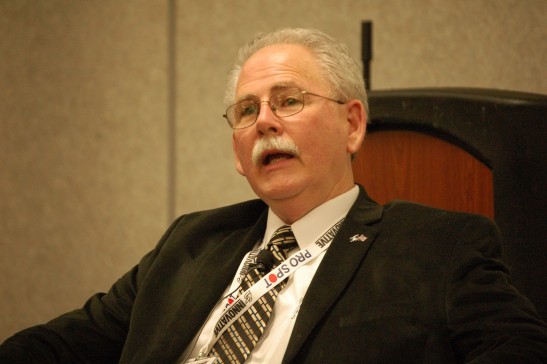 Rick Starbard of Rick’s Auto Collision in Revere, MA was the only one of the speakers on the panel who has never had referral or contract agreements with insurers. He said he thinks it’s easier to build up the financing for the training and equipment OEM certifications require “by not having those relationships.” He said automakers' increasing ability through vehicle telematics to know about collisions in real-time and be able to influence customers’ shop choice at the accident scene will make OEM shop certifications increasingly valuable.

“I think that gives us an idea of where the industry is going and how the OEMs are going to start driving [business],” Starbard said.

But Barry Dorn of Dorn's Body & Paint in Mechanicsville, VA, a shop that has earned shop certifications from Porsche, Audi, Tesla and Jaguar-Land Rover, cautioned that although OEM certification programs are different from DRPs, they similarly place non-negotiable requirements on shops, such as what specific equipment is mandatory.

“It’s different than from a pricing matrix, but make no mistake about it: A lot of the OEM certification requirements are very similar to a DRP,” Dorn said. “It’s different, but still, they want this, that want that. There’s no grey area.”

“It’s the number of people we have gone in a given month, training somewhere,” Dorn said. “These are not your lower-end folks. These are your higher-end folks who aren’t producing labor [while they are away at training]. Your painters aren’t producing paint labor because they’re not getting those cars that [the body technicians away at training)] would be producing. So it’s not just that technician; it’s everyone else he’s associated with and what he generates for every other department. That’s gone. That is sales [revenue] that you cannot get back.”

That said, the panelists agreed that customers can be strongly influenced by dealer or automaker referrals and the concept of a shop being certified to repair their particular vehicle make or model.

“When you have a customer come to you because you’re a Mercedes-Benz certified shop, in our experience, they don’t want to hear what an insurance company has to say [about other shops],” Carvino said. “They want to take their vehicle to a certified shop.”

Elder agreed that such referrals are “a done deal, a sold ticket.”

The panel was asked how OEM certifications have led to changes in how they prepare estimate or “blueprint” jobs.

“I don’t think you write an estimate on this monitor without having vehicle information up on this [other] monitor [next to it],” Starbard said. “They go hand-in-hand now.”

Carvino said automakers have good reason for emphasizing the need to print-out the OEM procedures every time, even if the shop has previously done a similar repair on a particular make and model of vehicle, and it’s not just because automakers check for those print-outs in certified shops’ files when conducting audits. He said when one particular Mercedes-Benz model first came out, the OEM procedure for replacing the quarter panel required replacing the roof as well. 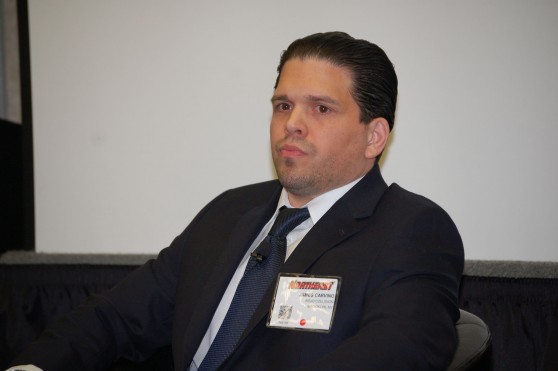 “Maybe a month or two later, we did the same car, and found there’s now a sectioning procedure, you don’t have to lose the roof,” he said. “So the first thing is to always pull the OEM procedures.”

Does OEM certification influence shops’ choice of parts? They all agreed they use little in the way of used or non-OEM parts.

“If you want to be a certified shop, I don’t see why you’d even want to consider alternative parts,” Carvino said. “Other than maybe if you have a 2016 car with the door ripped off and missing, you might want a [used] door from another 2016 or 2017 car so you don’t have to build that whole door completely.”

Elder said increasing vehicle technology is doing as much to make new OEM parts the best choice for any shop, certified or not. Mercedes headlamps, for example, must be synched with the vehicle’s computer system.

“We had one example where a major insurer wrote ‘opt-OE’ headlights for a new Mercedes,” Elder said. “I got the car after another shop repaired the car, because the car went nuts. Nothing worked. I saw the Mercedes star on the headlight, and I didn’t understand it. The car was totally confused. So I gave the part number to the parts department, and found out the headlight was...for a Canadian [version of the] car that had some sort of different circuitry in it. It cost Allstate Insurance $7,500 to figure that out and put two real headlights back in the car.”

John Yoswick, a freelance writer based in Portland, Oregon, who has been writing about the automotive industry since 1988, is also the editor of the weekly CRASH Network bulletin (www.CrashNetwork.com). He can be contacted by email at john@CrashNetwork.com.

Read 5420 times
More in this category: « Survey Results: Labor Rates, When Shops Get Paid for Supplies CIC: What "Secure Share" Will Mean for Exchange of Estimate Data »
back to top