'Who Pays for What' Survey: Changes in Shop Scanning Methods, Billing Practices for Subscription Fees 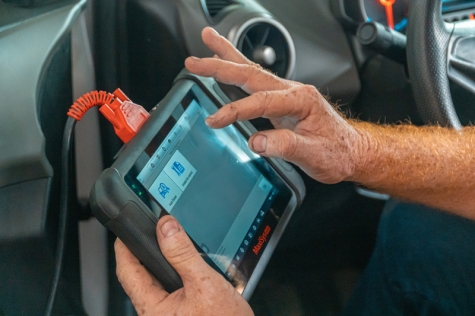 An increasing percentage of shops are using OEM scan tools---and billing for the fees associated with accessing OEM repair information.

Those were among the recent findings of “Who Pays for What?,” the four quarterly surveys examining shop billing practices and insurer payment practices within the industry.

The surveys have tracked some change over the past four years in the methods shops use to scan vehicles. Since 2016, about two-thirds of shops have consistently said they conduct some scanning in-house using aftermarket scan tools. There’s been a small increase (to 23%) in the percentage of shops that use a mobile scanning service that comes to the shop.

But in-house use of OEM scan tools has doubled since 2016, with more than one in four shops (28%) now using such tools.

Note: The percentages add up to more than 100% because shops could indicate all methods of scanning they use.

The growth in use of remote scanning services, such as asTech and AirPro Diagnostics, has outpaced even that, consistently growing year over year from just 22% in 2016 to 53% this past fall.

Mike Anderson of Collision Advice, who conducts the “Who Pays” surveys in conjunction with CRASH Network, has voiced concerns about the limitations of using aftermarket scan tools, so he’s glad to see the increase in the use of OEM scan tools and remote services that use OEM scan tools.

He’s also not surprised to have seen an increase last fall in the percentage of shops seeking reimbursement for the cost to access OEM repair information.

A “Who Pays” survey in 2019 was the first to ask about billing practices for these access fees, which vary by automaker. Honda, for example, offers...