Written by Mark Kane, Inside EVs 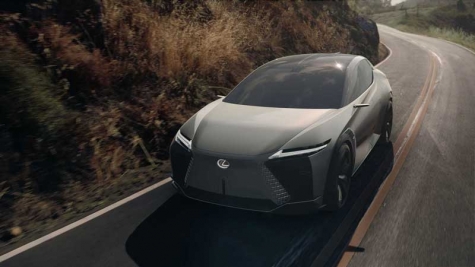 Lexus on March 30 unveiled its new battery-electric concept model, the Lexus LF-Z Electrified concept, which might be a turning point in the history of the brand.

The Japanese company, part of Toyota, announced that by 2025, it will introduce 20 new or improved models. More than half of them will be electrified---battery-electric (BEV), plug-in hybrid (PHEV) or hybrid (HEV).

It would be great if we see several new all-electric models within those five years.

Considering the presentation of the Lexus LF-Z Electrified concept and a hint the "electric cars will use BEV-dedicated platform," we can assume at least some of those BEVs will be proprietary models rather than compliance, low-spec EV versions of ICE cars.

The LF-Z Electrified concept specs give us an idea of what we could expect from the upcoming Lexus electric cars.

There is long-range,373 miles WLTP, and a high-capacity liquid-cooled battery, 90 kWh, that can be charged at up to 150 kW.

The new platform will use the DIRECT4, dual-motor, all-wheel-drive system---one electric motor per axle---with a peak system output of 400 kW and 700 Nm of torque. That's enough to accelerate from 0 to 62 mph in 3 seconds. The top speed is listed at 124 mph---not the highest but not slow either.

If Lexus is going electric, we can assume Toyota and its satellite brands will also join the BEV bandwagon...finally.

We thank Inside EVs for reprint permission.

Read 554 times
More in this category: « Volkswagen’s Name Change of U.S. Operations to ‘Voltswagen’ was April Fool’s Marketing Prank Combat the Tech Talent Crisis with CREF »
back to top