EVs Could Enter a Golden Decade with Newly-Introduced U.S. Bill 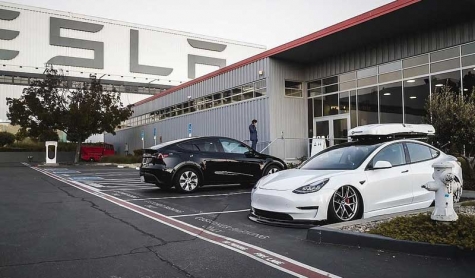 Electric cars may very well enter a golden age of sorts in the U.S., if a newly-proposed bill makes it through.

Dubbed the Electric CARS Act, the bill aims to update the EV tax credit by extending it for 10 years and removing the number of eligible vehicles per manufacturer. The bill also seeks to support the buildout of more electric car charging infrastructure.

A federal tax credit of up to $7,500 is currently available for customers who purchase an electric vehicle. However, the current system phases out this credit after an automaker sells its first 200,000 electric cars.

Tesla and General Motors have both passed this threshold, which means buyers of both companies’ electric vehicles no longer receive a credit.

With this system in place, the U.S. practically makes incentives for car buyers to purchase imported EVs instead of those from local automakers like GM.

Tesla has been pushing its electric vehicles without the $7,500 tax credit since the end of 2018---reduced credits were implemented over 2019---when the company passed its 200,000-vehicle threshold.

Fortunately, Tesla’s vehicles like the Model 3 and Model Y have stood well on their own merits, garnering critical and consumer support even without tax credits. If the Electric CARS Act passes, companies like Tesla could make an even stronger push into the automotive sector.

The Electric CARS Act aims to improve the federal tax credit through the following means:

The Electric CARS Act is sponsored by U.S. Sen. Jeff Merkley (D-OR) and U.S. Rep. Peter Welch (D-VT), both of whom highlighted the importance of...