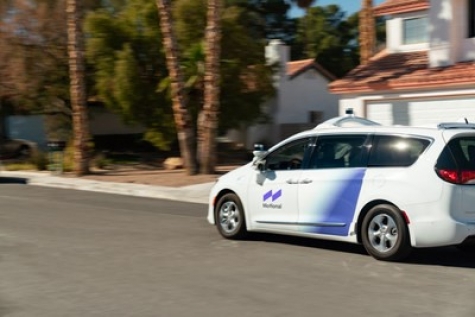 Motional on Feb. 22 announced it is operating driverless vehicles on public roads, becoming one of the world's first companies to do so.

The inaugural testing took place in Las Vegas in February and consisted of multiple driverless vehicles safely navigating intersections, unprotected turns and interactions with other road users, including pedestrians and cyclists.

In pursuit of this milestone and a future of safer roads, Motional set a high bar for the industry. The company's driverless operation follows decades of innovation, 1.5 million miles and a two-year self-imposed safety evaluation process that took hundreds of employees more than 100,000 hours to complete.

Upon completion of its assessment, TUV SUD provided Motional with a first-of-its-kind endorsement to operate with an empty driver's seat. The state of Nevada granted Motional permission to do so last November.

“Not all driverless systems are created equal. Ours is the product of decades of innovation, a relentless commitment to safety and process, more than a million miles of testing and a rigorous external review," said Karl Iagnemma, president and CEO of Motional. "We're one of the first companies in the world to go driverless. It's a significant step on our path to making driverless vehicles a safe, reliable and accessible reality, and a proud day for Motional."

Building public trust in driverless vehicles is critical. The technology has the power to save millions of lives, but for this potential to become a reality, the general public must trust and adopt it. Motional's process went the extra mile to demonstrate the safety of its systems and build consumer confidence.

During its 18-month review of Motional's systems, TUV SUD's experts...