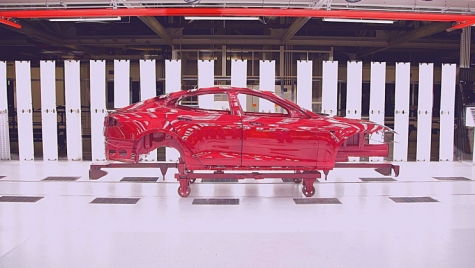 Jaguar announced its aims to pivot to building only all-electric vehicles by 2025, according to a Feb. 15 press release.

The owner company, Land Rover, will move into all-electric vehicle space more gradually, with its first all-electric car heading to market in 2024.

This will give Jaguar a five-year lead on luxury automaker Bently, and 15 years on General Motors. But not all vehicle manufacturers face identical challenges in the race to convert established fossil fuel lineups into sustainable products, to meet the Paris Agreement's goal of reducing the effects from global carbon emissions to less than 2°C in change by 2050.

Land Rover aims to unveil six all-electric vehicles by 2025, and aims to sell 60% of its suite of vehicles by 2030, with 20 years to spare before the deadline of the Paris Agreement.

The Jaguar owner also said it plans to reach net-zero carbon emissions by 2039, with a forthcoming investment of roughly $3.5 billion per year into electrification, and possibly charging station infrastructure.

Luxury automakers like Jaguar and Bently have a smaller fleet than mass-producing car companies like either's parent company, or GM, which recently pledged to go all-electric by 2040. Since luxury vehicles are by definition of limited supply, luxury automakers need fewer alternative designs to make the move to all-electric.

However, there's a deeper imperative for high-end vehicle producers to move to the front of the all-electric line.

As high-end vehicle manufacturers, luxury vehicles are seen as cutting-edge flagships of the auto industry as a whole, which is why they market to those with deeper pockets. But to maintain this image of leading the automotive industry, companies like Jaguar and Bently need to incorporate sustainable technology before other companies so they can continue to claim that leadership status.

No one wants to buy a brand-new luxury vehicle that's "behind the times."

Meanwhile, it might take longer for mass-producing manufacturers to pivot to electric, since such a colossal revolution will require a shift in production to conceive new model designs and meet dynamic consumer demands.

Additionally, the viability of building entirely new fleets of all-electric vehicles on a mass scale depends on the rollout of entirely new infrastructures in the U.S., Canada, Europe and elsewhere.

GM has drafted plans with the Environmental Defense Fund to...