Cutting Out the Middleman on Electric Car Sales 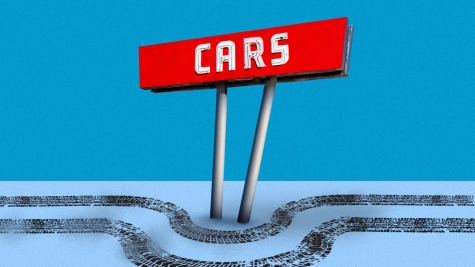 The auto industry is in the midst of the biggest transformation in a century, with cars one day running on electrons, not gasoline.

But it's not just the cars that are changing. How we buy and service them is being disrupted, too. Instead of selling cars through franchised dealers, emerging auto manufacturers want to sell electric vehicles direct to consumers, either online or in their own stores.

But that's illegal in more than half the states in America, which environmentalists and consumer groups argue is holding back EV adoption and keeping the U.S. from achieving emissions reduction goals.

A coalition of EV companies and advocates is working state-by-state to overturn decades-old laws that prohibit car manufacturers from opening their own stores or service centers.

Tesla started the fight in 2014; now newcomers like Rivian, Lucid and Lordstown Motors are joining the effort, too.

"What did the global pandemic teach us? It's that people want a better way to buy a car," Rivian's vice president of public policy, James Chen, told Axios.

At least 20 states allow EV manufacturers to sell directly to consumers, including California, Illinois and Florida. The latest was Colorado, which passed a law last March.

In eight other states, including New York, Tesla fought for an exemption from the franchise laws, but it doesn't apply to other EV manufacturers.

One of those states, Washington, took up a bill this week that would remove the restriction for all EV makers.

In Michigan, where Rivian is based, the rules are exceptionally twisted: EV makers can conduct "sales-like" activities at...

Previous Page Continue reading »
Read 270 times
More in this category: « Tesla Built 8 of Every 10 EVs Registered in the U.S. in 2020 CREF Helps Student-Turned-Industry Pro Clear Collision's Hurdles »
back to top