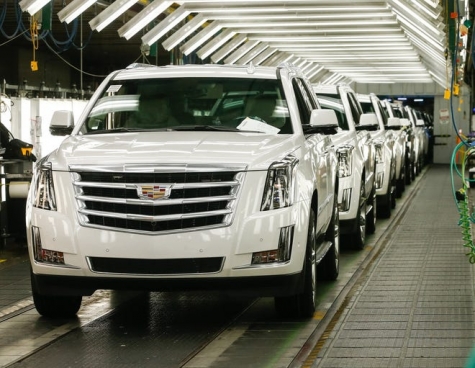 General Motors was canceling shifts at four of its biggest U.S. factories Feb. 15, including its highly profitable full-size SUV plant in Texas and its midsize pickup plant in Missouri.

In total, slightly more than 8,000 workers have been affected across the four facilities, Barnas said. Production plans at the plants beyond second shift Feb. 15 will continue to be evaluated, he said, noting employee safety in severe weather is a big part of GM's consideration.

A spokesman for the UAW said the contract stipulates that those workers affected by the shift cancellations will receive most, if not all, of their regular pay.

The weather has disrupted production at Ford Motor Co. too. It is shutting down production of its highly profitable 2021 F-150 pickup trucks and Transit Vans for a full week in Kansas City, MO, because the cold temperatures could restrict the availability of natural gas.

Also Nissan North America said production at all four of its U.S. manufacturing facilities has been temporarily suspended. It was expected to resume production Feb. 16, a Nissan spokesperson said. Nissan has a plant in Smyrna, TN, where it builds...