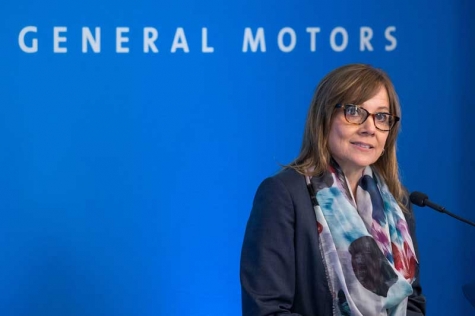 GM’s Mary Barra said in a letter to shareholders that the company performed well in 2020.

General Motors reported fourth-quarter and full-year profits for 2020---despite the negatives associated with the COVID-19 pandemic on sales and production, the fourth quarter made a massive positive impact.

The company posted net income of $2.8 billion for the fourth quarter on revenue of $37.5 billion. EBIT-adjusted income was $3.7 billion, resulting in a margin of 9.9%.

Much of that came from its North American operations, which reported an adjusted-EBIT income of $2.6 billion and a margin of 8.7%.

The results were strong enough to secure profit-sharing checks as high as $9,000 for GM’s UAW hourly workforce.

The company expects to take a $1.5 billion to $2 billion hit to adjusted EBIT due to the ongoing semiconductor issue. Paul Jacobson, GM’s new CFO, said the company believes the shortfall in parts to be temporary and that it won’t impact any long-term plans or programs.

The company’s shut down or slowed production at four plants at some point, most recently its Fairfax, KS, and San Luis Potosi, Mexico, facilities.

“Our intent is to make up as much of this production loss at these plants in the second half of the year as possible,” he said. Later he noted...