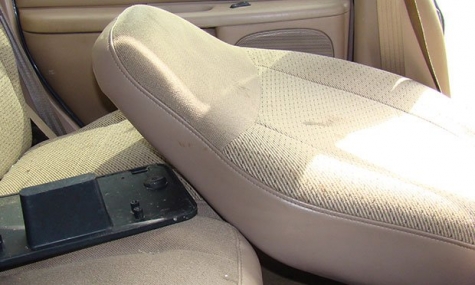 The claims analyst is sometimes faced with an unusual set of circumstances that may have caused an automobile accident.

This somewhat unusual case study deals with a single automotive vehicle accident where the vehicle was a total loss, and the insured driver was injured.

According to the insured, he was driving on a straight road during the day, with good weather conditions, when the driver’s seat suddenly collapsed backward, causing him to lose control of the vehicle, which ended up in a ditch.

Examination of the vehicle resulted in the photo in Figure 1 showing the driver’s seat collapsed onto the back seat. Figure 2 is a view of the driver’s seat support bracket on the left side. The red arrow points to a bolt that had failed, releasing the upper attachment to the seat frame from the seat recliner bracket. This will cause...