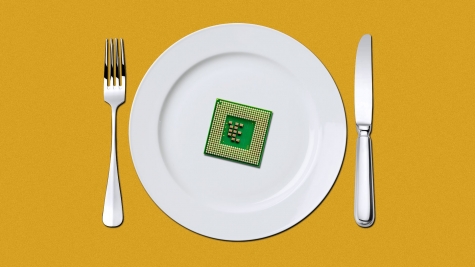 A global chip shortage has forced virtually every major automaker to halt some car production and furlough workers---just as the industry was showing signs of recovery from the pandemic-related shutdowns last spring.

Automakers needed fewer chips when the pandemic forced them to halt production. Chipmakers curbed production then ramped back up, though they still can't meet the industry's abrupt demand rebound.

A tension long in the making: Chip appetite from the tech industry has been surging. But it skyrocketed when the pandemic supercharged appetite for electronics that need chips to operate.

The list of chip shortage victims keeps growing. Ford is the latest, slashing production of its top money-making F-150 pickup trucks because of the limited supply of the key auto component.

The company is bracing for a big hit.

“Right now, estimates from [chip] suppliers could suggest losing 10% to 20% of our planned first-quarter production," Ford CFO John Lawler said Feb. 4. That could translate into lost profits of $1 billion to $2.5 billion for 2021, he said.

The problem will result in nearly 700,000 fewer vehicles produced globally this quarter alone, according to new research from IHS Markit. It also said the problem might not let up until Q3.

Alix Partners said the lost revenue could be as much as...

Previous Page Continue reading »
Read 872 times
More in this category: « Collision Industry Mourns the Loss of Bano Ramirez GM to Idle 3 Plants in North America Due to Semiconductor Shortage »
back to top