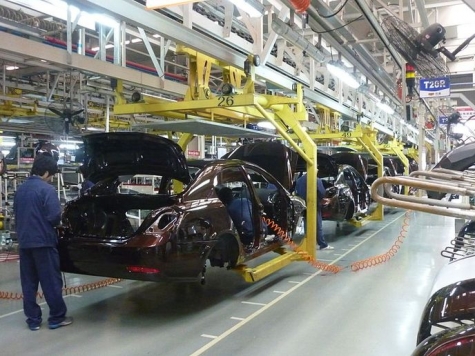 Karl Brauer: “Just as production capacity is coming fully back online, we have a major crimp in the supply chain causing a production shortfall that’s continuing to drive up transaction prices for both consumers and fleet buyers.” Photo via Wikimedia Commons/Siyuwj.

U.S. car rental companies are beginning to feel the effects of a global shortage of semiconductors used in automobiles.

A major system licensee had an OEM completely cancel an order of more than 500 units scheduled for late spring and early summer, while another OEM pulled back on 60 orders scheduled for production, the licensee reported.

“Most (OEMs) have said ‘We’re monitoring it closely, cuts/changes may be coming,’” the licensee wrote to Auto Rental News. “I think a lot of OEMs just don’t know yet how bad it’ll get.”

The licensee surmised that fleet orders---rental in particular---will be the first to get cut.

A licensee from another system reported that OEM representatives are telling him to expect certain vehicles, mostly trucks and SUVs, to be “significantly delayed.” An informal survey of other rental operators did not reveal further drastic delays or canceled orders, yet. But they all reported they’re monitoring the situation closely.

“At the moment, we aren't getting a lot of information,” one licensee wrote. “I feel like the OEMs aren't sure right now. I'm expecting several months’ delay on vehicles I had scheduled to be built this month.”

Wrote a rental fleet supplier: “100% an issue, primarily on SUVs. We are scrambling for product.”

Semiconductors that control smartphones and computers are also critical in automobiles, which need 200 to 400 chips. They not only control infotainment systems but also...

Previous Page Continue reading »
Read 585 times
More in this category: « America Is Parked: Car Insurance Rates Fall for First Time Since 2013 These 2020 Vehicles Show the Most Remaining Inventory »
back to top