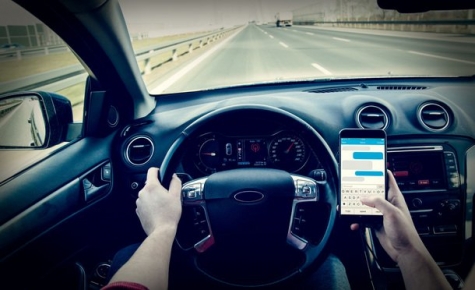 While most will speak up to family, friends or colleagues driving dangerously, more than 60% of people don’t address distracted and dangerous driving issues when in a taxi or rideshare.  guteksk7/Shutterstock.com

Incidents of distracted driving persist despite more than 97% of passengers confronting a motorist who had let their focus slip from the road, according to a survey of U.S. consumers by LeithCars.com.

The survey also found 22.5% of respondents had been a passenger in a crash caused by a distracted driver.

Texting and browsing the internet were cited as the leading accident-causing distraction by passengers who had been in a crash initiated by an unfocused driver. They were also the most common events leading to complaints from a passenger, as 52% and 33.3% of riders, respectively, said they confronted someone about these behaviors.

Concerning the latter point, insurer The Zebra reported getting a ticket for texting, or otherwise using a phone while driving, can raise insurance rates by an average of 23%. In some states, that increase can be more than 63%.

Drinking alcohol, falling asleep and using a cell phone to surf the web or text were among the distractions perceived to be most dangerous, the survey revealed, with reaching around for an item rounding out the top five.

Comparing attitudes around drunk driving and texting risks, the survey found that baby boomers see using a cell phone while driving as being...