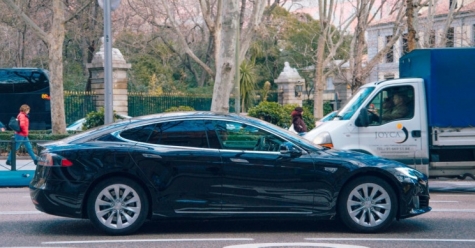 The vehicles in question are older Model S sedans and Model X SUVs made by Tesla, representing around 10% of all vehicles produced by the company through the end of 2020, reported CNBC.

These media control unit failures pose the risk of touchscreen displays not working, causing a safety risk given the integral part of these screens in Teslas.

Car companies recalling certain models of cars built during specific periods of time is no new thing, and Tesla even had to recall Model S and Model X vehicles in China in 2020, as well as Model S cars in 2018.

The NHTSA made the request through a formal letter Jan. 13 sent directly to Tesla.

The issue in question, as the NHTSA pointed out, could lead to the loss of the rear view camera display when the vehicle is backing up, as well as reduced rear visibility when in reverse and in the Autopilot driver assistance system, as was first reported by Reuters.

The affected vehicles were made at Tesla's Fremont plant in California, which include Model S sedans manufactured between 2012 and 2018, and Model X SUVs made between 2016 and 2018.

The recall has yet to be accepted by Tesla, who could deny it by responding in detail to the NHTSA.

As certain owners of these Tesla models told CNBC...