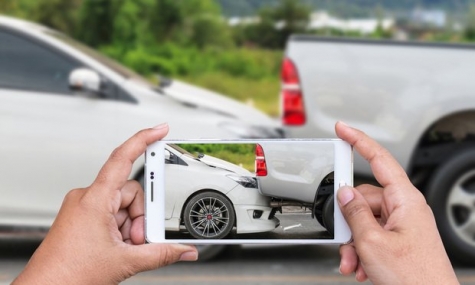 Separate HLDI analysis found claims with rear damage of less than $2,000 accounted for 17% of all collision claims and more than $8 billion in estimated damage from 2010–2017.  Freedom_Studio/Shutterstock.com

The impact of rear AEB on injury claims was small, HLDI reported, noting this is in line with the types of crashes this technology was developed to avoid.

He added the HLDI has never seen any other advanced driver assistance system reduce claims for vehicles and other property damage as much as rear AEB has.

AEB technology uses sensors such as cameras and radar to detect when a vehicle is getting too close to an obstacle and automatically applies to the brakes to avoid or mitigate an accident. The finds were derived by compiling updated rear AEB data from 2016–2018 Subaru vehicles equipped with and without the technology with earlier analysis of 2014–2015 GM vehicles, HLDI reports.

The Insurance Institute for Highway Safety (IIHS) reported low-speed backing crashes make up a sizeable portion of insurance claims, with separate HLDI analysis finding car accidents with rear damage of less than $2,000 accounted for 17% of all collision claims and more than $8 billion in estimated damage from 2010–2017.

However, front AEB technology does excel at its designed purpose: It reduces the frequency of bodily injury liability claims by nearly...