Average Price for a New Vehicle in the U.S. Hits Record High 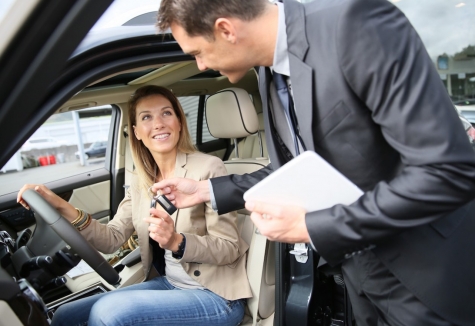 The average price for a new vehicle in the U.S. has now surpassed $38,000, both J.D. Power and LMC Automotive report.

Once the sales data for December is collected, the average transaction price for new vehicles sold in the U.S. is expected reach another all-time high, rising to $38,077, a 9% increase from a year ago, the report said.

The J.D. Power report also noted an increase in luxury vehicles sales in December remains a key driver, coupled with disciplined incentives and discounting, and the shift towards more expensive trucks and SUVs have combined to driven up prices.

Trucks and SUVs are on pace to account for 79% of retail sales of vehicles in the U.S. this month compared with 75% a year ago, the report said.

In addition, low interest rates and higher trade-in values continue to support higher transaction prices and lowered consumer resistance. The average interest rate for loans in December is expected to fall to 4.2%, 97 basis points lower than a year ago.

During the same timeframe, the average monthly finance payment is up only $20 to $610. Concurrently, the average trade-in value has risen to $5,626, an increase of $709, or 14.4%, from a year ago. Loan terms are relatively stable with the average term being 69 months, only up one month vs. a year ago.

Despite the pandemic, consumer expenditures on new vehicles are likely to reach all time high of...