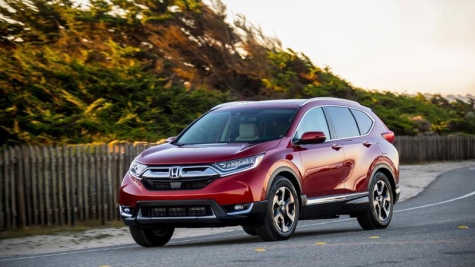 iSeeCars praised the Honda CR-V (2018 model pictured) for its longevity, efficiency and above-average passenger and cargo room for its class. Photo courtesy of Honda

Search engine iSeeCars.com says that buyers have much to consider when buying a used car, such as reliability, safety and value retention.

With those and other factors in mind, buyers looking for a used compact pickup truck should give serious consideration to the Toyota Tacoma, iSeeCars said.

“Toyota has a reputation for building indestructible trucks, which is proven by the performance of the Tacoma,” the company said in a news release.

Toyota was one of the standouts as iSeeCars recently released an analysis on the best used cars across all vehicle types.

Starting with SUVs, iSeeCars notes the continuing rise in popularity of SUVs and crossovers. The number of SUV models hitting the marketplace grows each year, iSeeCars added.

The company named the Honda CR-V as the best used compact SUV, saying that its demonstrated longevity, efficiency and above-average passenger and cargo room for its class place it among the best-selling vehicles in the country.

iSeeCars named the Subaru Outback as the best used compact SUV runner-up, saying that although its official designation is as a crossover wagon, the Outback is often compared to compact SUVs.

“The Subaru Outback earns a mention for being...