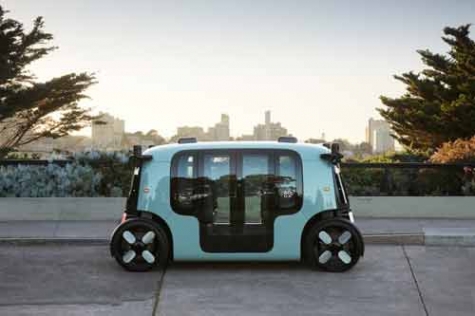 Joining a slew of electric transport pods built for autonomous travel in congested areas, such as the Nuro, the LUTZ Pathfinder and Toyota’s e-Palette people mover, is a new robotaxi from Amazon subsidiary Zoox.

Amazon acquired Zoox earlier this year but the startup had been sharing its vision for an autonomous driving future well before then.

Way back in 2013 we looked at the company’s Boz smart chauffeur concept, which was designed for Level 4 autonomy, referring to vehicles that can essentially drive themselves in most scenarios.

This was an ambitious idea from Zoox in 2013 and remains so today, but its eponymous newly unveiled robotaxi isn’t all that different to some of the autonomous pods and shuttles currently undergoing testing.

These include the vehicles being used by the Mayo Clinic to collect COVID-19 tests, for example, or the vehicles that have carried students across campus at the University of Michigan.