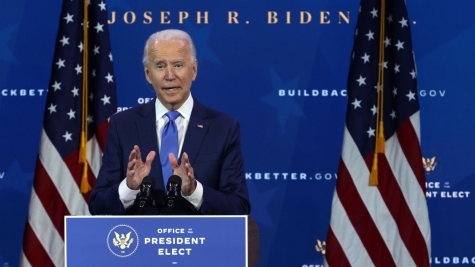 President Donald Trump's 25% tariffs imposed on China under the phase one trade deal will remain in place at the start of the new administration, President-elect Joe Biden said in an interview with the New York Times published early Dec. 2.

"I'm not going to make any immediate moves, and the same applies to the tariffs," Biden said.

He plans to conduct a full review of the current U.S. policy on China and speak with key allies in Asia and Europe to "develop a coherent strategy," he said.

"The best China strategy, I think, is one which gets every one of our---or at least what used to be our---allies on the same page. It's going to be a major priority for me in the opening weeks of my presidency to try to get us back on the same page with our allies."

Biden told NYT columnist Thomas Friedman he didn't think the U.S. yet had the "leverage" in dealing with China. Getting bipartisan consensus in America on "government-led investments in American research and development, infrastructure and education" would achieve this.

"I want to make sure we’re going to fight like hell by investing in America first," he said.

Biden said he stood by comments he made in a Sept. 13 CNN op-ed in which he wrote "if Iran returns to strict compliance with the nuclear deal, the United States would rejoin the agreement as a starting point for follow-on negotiations," acknowledging to Friedman: "It’s going to be hard."

We thank Axios for reprint permission.