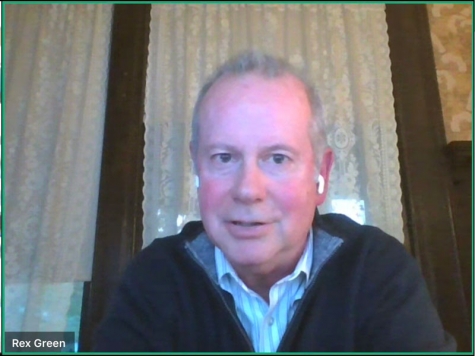 During the online MSO Symposium, investment banker Rex Green said he foresees the largest collision repair companies continue to grow, but the ability of smaller MSOs to also grow has surprised him.

When investment banker Rex Green spoke seven years ago at the 2013 MSO Symposium, he accurately predicted that at least one collision repair chain would have 1,000 locations within five years.

So Green, who has been involved in acquisitions involving many of the largest collision repair chains in North America, was asked at this year’s symposium, held virtually in November, what he projects he might be speaking about at the event seven years from now, in 2027.

“The collision industry will be alive and well in seven years. It will be thriving,” said Green, now global co-head for the Automotive Aftermarket Group at Jefferies, LLC. “I think the large chains will have a meaningfully larger share of the market.”

He said the growth of large auto auctions, information provider CCC Information Services and large alternative parts suppliers like LKQ Corp. are evidence that “insurance companies are not troubled by large providers.”

He said the increasing need to invest in the ability to perform vehicle diagnostics and calibrations is just the latest example of where higher cashflow and economies of scale gives larger collision repair organizations advantages.

That said, he admitted he would not have predicted seven years ago the growth he’s seen in smaller MSOs as well.

“One of the things that’s most surprised me is the ability of two-, three- or four-store chains to get to 10 or 14 or 16 or 18 stores,” Green said. “The beauty of this economy and this society is that it constantly surprises me with its entrepreneurialism and creativity.”

Another surprise to him: At the 2013 MSO Symposium, he said, there was little discussion...

Previous Page Continue reading »
Read 566 times
More in this category: « 12 Days of CREF-mas Winter Giving Campaign The World is Ramping Up BEV Production and Ford is a Major Player »
back to top