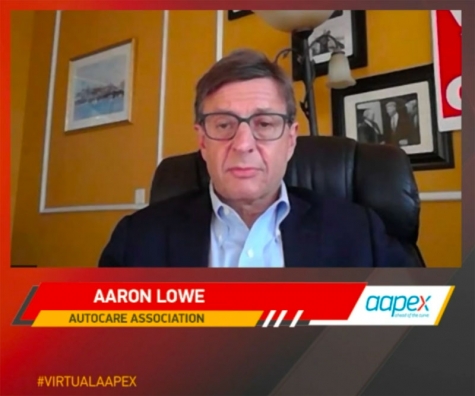 During an online panel discussion after Massachusetts voters approved a “Right to Repair” ballot initiative in November, Aaron Lowe of the Auto Care Association said a push for similar legislation at the federal level was the next step.

Despite millions of dollars from automakers spent this year to oppose an updated “Right to Repair” ballot initiative in Massachusetts, voters there in November overwhelmingly voted in favor of the measure, with three in four giving it a thumbs up.

Now, however, the initiative faces a legal challenge from the OEMs even before it goes into effect.

The law will require all model year 2022 or newer vehicles to have a standardized open data platform, giving vehicle owners and independent repairers access to telematics data.

Backers of the legislation included the Auto Care Association; parts sellers like NAPA, AutoZone and LKQ Corp.; and independent shops.

They say the law won’t prevent automakers from using “secure gateway” systems---like Fiat Chrysler of America’s use of AutoAuth---to require user registration, and use of authorized scan tools by those seeking to access telematics data.

It would, however, require any such processes be standardized across automakers so independent shops, for example, wouldn’t have to use a variety of gateways to access different makes of vehicles.

Just weeks after the election, automakers filed a lawsuit asking a federal court to rule the law unconstitutional and unenforceable.

The Alliance of Automotive Innovation, a trade group formed earlier this year with the merger of two automaker trade groups, argues in its lawsuit the law would hamper auto manufacturers’ ability to keep vehicle data and vehicle systems safe.

It cites written testimony from the National Highway Traffic Safety Administration to a Massachusetts legislative committee that stated the law would force “vehicle manufacturers to redesign their vehicles in a manner that necessarily introduces cybersecurity risks, and to do so in a timeframe that makes design, proof and implementation of any meaningful countermeasure effectively impossible.”

“The Auto Care Association is very disappointed to see this pattern of behavior from the vehicle manufacturers...