GM Scales Back Deal with Nikola 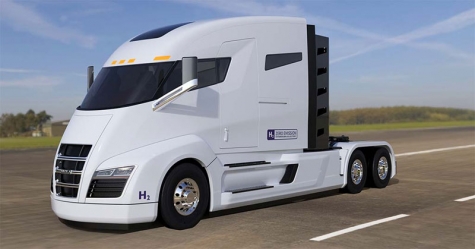 Nikola and GM reached a new deal, which is much less expansive than the original agreement the two sides had agreed on.

Embattled electric truck startup Nikola Corp. managed to salvage a deal with General Motors, the two companies confirmed Nov. 30, though it has been scaled back substantially from the agreement they initially announced in September.

The original plan was a broad one. Among other things, GM was to produce a new pickup for Nikola, and the Detroit giant would have taken an 11% equity stake in the Phoenix-based company.

The new deal is far more limited, GM simply agreeing to provide fuel-cell technology for Nikola’s hydrogen-powered Class 7 and Class 8 semis. They both plan to continue discussing the possible use of GM’s new Ultium battery technology, as well.

“Heavy trucks remain our core business and we are 100% focused on hitting our development milestones to bring clean hydrogen and battery-electric commercial trucks to market,” said Nikola CEO Mark Russell in a statement released Nov. 30. The deal, he added, will “leverage the resources, strengths and talent of both companies.”

As the long-haul freight industry comes under increasing pressure to reduce emissions, hydrogen fuel-cell technology is seen as one of the more attractive ways to power heavy-duty trucks.

At an estimated 1,000 miles on a tank, a truck like the Nikola One is expected to go twice as far as the all-electric Tesla Semi. And a refill will take minutes, rather than the hours needed to recharge a large battery pack, proponents note.

“This supply agreement recognizes our leading fuel cell technology expertise and development,” said Doug Parks, GM executive vice president of product development and purchasing. “Providing our Hydrotec fuel cell systems to the heavy-duty class of commercial vehicles is an important part of our growth strategy and reinforces our commitment toward an all-electric, zero-emissions future.”

Although the two companies will continue discussing the use of GM’s new Ultium battery technology key aspects of the deal Nikola and General Motors announced Sept. 8 are no longer on the table, they confirmed.

For one thing, there will no longer be an equity swap. GM was expected to get a $2 billion stake in the nascent EV maker, about 11% of its shares at the time of the original announcement.

Another key part of the deal, the production of the Nikola Badger, also has been scrapped. The full-sized pickup...