Internal Memo From Bill Ford Offers Reassurance, 'No Matter Who is Running the Country' 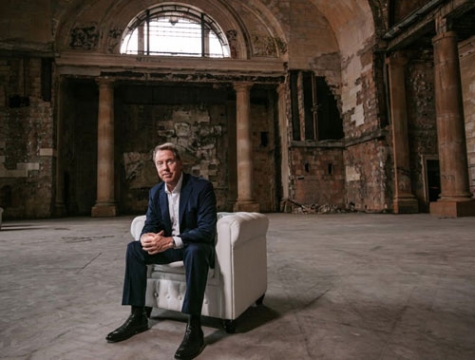 Bill Ford, executive chairman of Ford Motor Co., emailed the Ford team Nov. 6  "a message on the U.S. Election" as protesters gathered in Detroit and tensions nationally ran high over the presidential election.

Ford, 63, is known to send periodic messages when he feels such communication is appropriate. The outcome of the 2020 election remained uncertain though polls closed Nov. 3.

He urged calm and reassured employees globally that, separate and apart from the political outcome, the company his great-grandfather founded has a clear vision and focus on the future. He emphasized that the company has weathered political change all over the world.

"As I have said many times, we always look to establish and follow our own North Star of values and objectives that allow us to thrive---and to be stable---regardless of the political environment," Ford wrote.

"This has been a difficult and uncertain year," he wrote. "But no matter what results this election yields, the importance of our values---our work, our people, our families, doing the right thing and building a better tomorrow---will transcend, as they always have."

The letter, which appears to have a 5:31 p.m. time stamp, was obtained by the Free Press shortly after it was sent. It reads in full:

"As I write this, the results of the United States election are not fully known and still may not be for some days. No matter where you might be on the political spectrum, I think you will agree that this has been quite a year. Today, I want to share with you my perspective as someone who has been through plenty of turmoil and turbulence, and who has helped lead a company that has always risen to meet challenging times.

"In the 117 years Ford has been in business, we have worked with 20 presidents, with the time split almost evenly between both parties...